Nearly four years after his death in India while serving in the United States Army, the remains of Tec 5 John Baptist Whitehead were returned to his family for burial.

John Baptist Whitehead registered for the World War II draft in 1940 in Wilson County. Per his registration card, he was born 25 December 1915 in Chester, Georgia; lived at Route 4, Box 39, Wilson; his contact was mother Nellie Whitehead; and he worked for Imperial Tobacco Company, Barnes Street.

I grew up in a forest of teachers — my parents, their friends, my aunts and uncles, our neighbors. Every Black teacher I had during my elementary years was a woman I already knew away from school, which was both comforting and a little uncomfortable. They cared, and they didn’t need to wait for parent-teacher conferences to voice their concerns.

Grace Whitehead Artis was my sixth-grade math teacher. She had a slightly gruff voice and a reputation for sternness, but her eyes twinkled beneath her crown of swept-back curls. I saw her wheeling her Cadillac through the neighborhood regularly and knew she and her husband S.P. Artis thought the world of my parents. Fairly soon after school began, she called my mother directly. “Get Lisa’s eyes checked,” she counseled. “She’s solving problems correctly, but they’re not the equations I’m writing on the blackboard.” Weeks later, I was peering at the world in trendy aviator frames, marveling at details like pine needles high up in the trees.

Mrs. Artis passed away early this month at age 104. She had moved to Detroit a few years ago to be near a niece, so it had been a while since my father had stopped by to deliver the ice-cold cans of Pepsi-Cola she loved. My mother had been embraced by Mrs. Artis when she arrived in Wilson as a young bride, and she helped celebrate Mrs. Artis’ last birthday via Zoom.

When Nellie Bullock Whitehead made out her will on 10 November 1949, she was very clear that only her daughters Anna Whitehead Hagans and Elnora Whitehead Sauls would inherit.

Nellie Bullock Whitehead was a native of Wilson County; her husband John Whitehead was from Georgia. I have not found a marriage license for them, but they lived in Dodge County, Georgia, in 1910, and all their children were born in Georgia. By 1920, they had returned to live in Nellie Whitehead’s home county.

John Whitehead died in Wilson on 24 October 1937. Per his death certificate, he was 55 years old; was born in Georgia to Joshua Whitehead and Georgian Melvin; was married to Nellie Whitehead; lived at 1513 Nash Street; and worked as a meat packer.

John Baptist Whitehead registered for the World War II draft in Wilson in 1940. Per his registration card, he was born 25 December 1915 in Chester, Georgia; lived at Route 4, Box 39, Wilson; worked for Imperial Tobacco, Barnes Street; and his contact was his mother, Nellie Whitehead.

Nellie B. Whitehead died 27 March 1951 in Wilson. Per her death certificate, she was born 10 August 1884 in Elm City, N.C., to Equia B. Bullock and William Ann Barnes and was a widow. Anna B. Hagans was informant.

John Baptist Whitehead registered for the World War II draft in Wilson in 1940. Per his registration card, he was born 25 December 1915 in Chester, Georgia; lived at Route 4, Box 39, Wilson; worked for Imperial Tobacco, Barnes Street; and his contact was his mother, Nellie Whitehead.

The 1919 city directory of Niagara Falls, New York, lists only one Whitehead — the mayor — but the 1918 edition shows Jesse Whitehead, laborer, living at 26 Cherry Street:

Jesse Whitehead registered for the World War I draft in September 1918 in Niagara Falls. Per his registration card, he was born 7 September 1878, worked as a packer for an electrolytic company on Old Main, Niagara Falls, and was married to Rose Whitehead. He was literate.

Jesse Whitehead’s visit down South had no return. He died of pulmonary tuberculosis on 4 October 1919 in Wilson. Per his death certificate he was 40 years old; worked as a cooper; was married to Rosa Whitehead; lived at 639 East Green Street; was born in Wilson County to Spencer Whitehead; and had contracted his fatal illness in “Niagra Falls.”

Rosa Whitehead remained in Wilson at least briefly after her husband’s death. In the 1920 census, she is listed at 801 Kenan Street as a servant of farm supply retail merchant Lewis Tomlinson. Whitehead was 39 years old and described as a widow. However, in the 1920 Wilson city directory, her address is listed as 639 East Green.

Rosa/Rhoda Whitehead grew up in Toisnot township, north of Wilson. In the 1900 census of Toisnot township: farmer Amos Pender, 57, widower, and daughters Vanedous, 22, and Rhoday, 19, plus adopted daughter Prussie Armstrong, 18.

Amos Pender died 26 January 1922 in Wilson township, Wilson County. Per his death certificate, he was born 8 March 1844 in Wilson County to Abraham Farmer and Amy Bullock; was married to Pennie Pender; and was a farmer. Rhoda Whitehead was informant.

I have not been able to identify Rosa Whitehead’s sister, Miss E. Pittman.

Generations of the Whitehead family have been members of Jackson Chapel First Missionary Baptist Church for well over one hundred years. Portraits of their matriarch, Victoria Ennis Whitehead, and her children hang prominently in a church hallway.

Lucial Whitehead died 23 December 1910 at home at 120 Smith Street, Wilson. Per her death certificate, she was born 3 March 1908 to Henry Whitehead and Victoria Ennis. Informant was Henry Whitehead.

Victoria Ennis Whitehead died 2 March 1974 in Wilson. Per her death certificate, she was born 10 December 1891 to Freeman Ennis and Della McCullers; was a widow; resided at 108 Tacoma Street; was a retired seamstress. Informant was Catherine Bynum, 1008 Carolina Street. 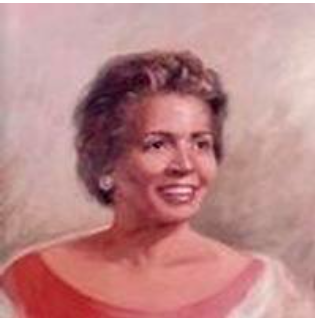 On July 12, 1937, Odelle married Edward M. Barnes. They were married for sixty-five years.

Odelle was a life-long member of Jackson Chapel First Missionary Baptist Church where she served as president of the Nannie Barbour/Nancy Wilkins Missionary Circle; a Sunday School teacher, a Deaconess, as one of the founding members of the Fellowship Club, chair of the Board of Christian Education, a member of the Scholarship Committee and a member of three search committees.

A viewing will be held Friday from 4 pm to 5 pm at Carrons Funeral Home. The family will receive friends at Jackson Chapel Church from 6 pm to 7:30 pm. They will receive freinds at other times at 2300 Tranquil Dr., Wilson, and will assemble there one hour prior to service in preparation for the funeral procession.

In 1940, Edward Morrison Barnes registered for the World War II draft in Wilson. Per his registration card, he was born 9 June 1905 in Wilson; resided at 913 East Green Street; was married to Odell Whitehead Barnes; and employed by the City Board of Education.

From a history of the Southern Area Region of Links, Inc.,

“The Southern Area of The Links, Incorporated came into existence on the Monday after Easter, April 19, 1948 at 1:00 p.m. with the organizing of the sixth club – Rocky Mount-Wilson-Tarboro. The establishment of this group came after more than a year of intense planning and activity by the founders of The Links, Incorporated, Links Sarah Scott and Margaret Hawkins, and their seven friends of the Philadelphia Club. They felt it was time to expand their organization into the South. This duty was given to their friend Julia Delaney of Raleigh, NC and Link Doris Joyner Reynolds, who became a member of the Philadelphia Club late in 1947 (Link Reynolds was born in Winton, NC).

“Julia Delaney discussed this with her daughter, Nan Delaney (Hines) Johnson, who lived in Wilson, NC. Nan felt that eastern North Carolina was an ideal place to extend the chain of friendship. With the help of her friend, Ann Armstrong of Rocky Mount, NC, five friends from Rocky Mount, five friends from Wilson, and one friend from Tarboro, NC were named and this began the Rocky Mount-Wilson-Tarboro Chapter of The Links, Incorporated. Julia Delaney brought her cousin, Link Doris Reynolds of the Philadelphia Club, to Rocky Mount to induct the thirteen ladies into the first southern club of Linkdom. Link Doris Reynolds administered the pledge in an impressive candlelight ceremony to Ann Armstrong, Marguerite Armstrong, Sallie Armstrong, Nancy Bowens, Esmeralda Hawkins, and Jessie Pash of Rocky Mount, Grace Artis, Addie Butterfield, Norma Darden, Ethel Hines, Nan Delaney Hines, and Vera Shade of Wilson and Helen G. Quigless of Tarboro.

“Even though the Club was organized in Rocky Mount at the home of Esmeralda Rich Hawkins and initially called Rocky Mount-Wilson-Tarboro, the name later changed to Wilson-Rocky Mount-Tarboro because the inspiration from the idea of having this group came from Nan Delaney (Hines) Johnson of Wilson, NC who served as the first president of the club.”

From the 1945 yearbook of Shaw University:

[Personal note: Mrs. Grace W. Artis taught me math in sixth grade and, in an addition to unraveling the mysteries of multi-digit divisor long division, first recognized my need for  eyeglasses.]