… and revealing the stark truth of Vick Cemetery.

George Freeney Jr. launched a drone over Vick recently, thinking to snag a few images as mementoes of his time in Wilson. What he captured stopped my heart. 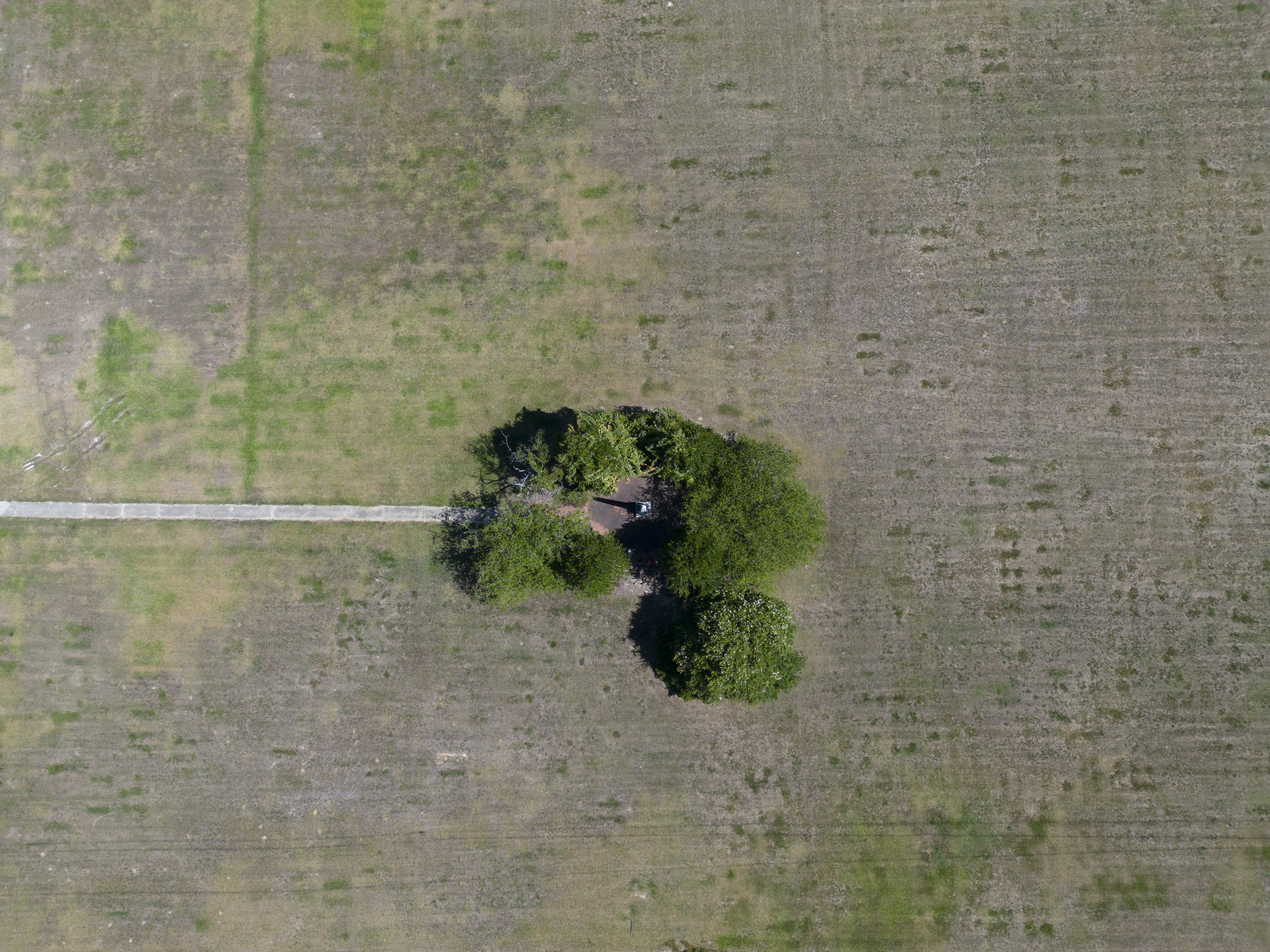 Those little lozenges where the grass is growing greener and lusher? These are the ancestors revealed in plain sight. These are the graves of our people. 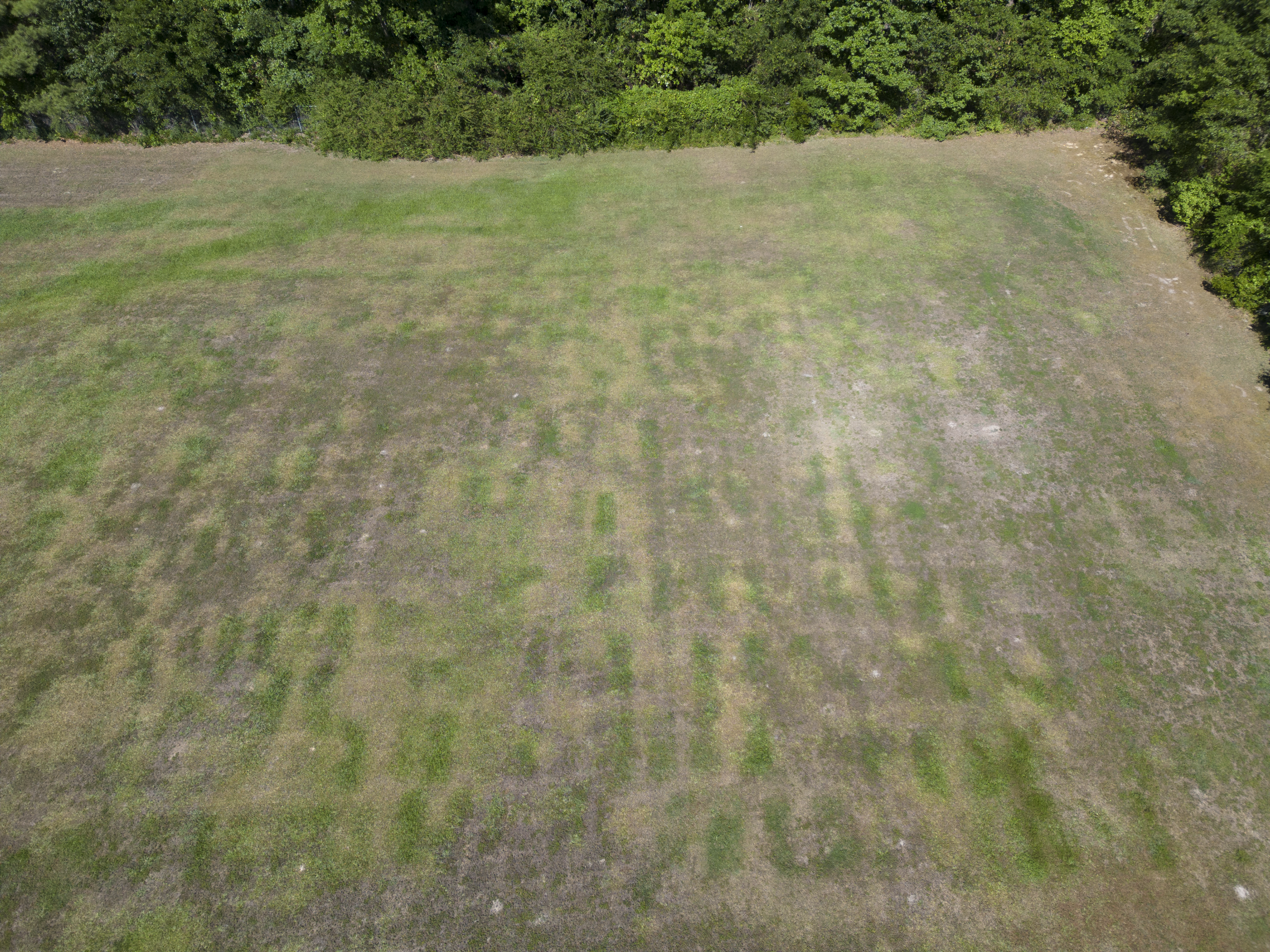 Last month, when I spoke at a Wilson City Council meeting to give thanks to all who made radar survey of Vick Cemetery possible, I stated as one reason the work is important is that the dead cannot speak.

Row after row. Side by side. Despite decades in which its stewards allowed a forest to spring up over it, and tires to pile high in its weeds, and power poles to punch through its sacred soil, and its headstones to be ripped up and cast away,  Vick Cemetery’s dead — my father’s baby brother, my cousins, your grandmothers and grandfathers, aunts and uncles — are speaking loudly and clearly: WE ARE NOT LOST. WE ARE HERE.

That time I was right.

We rejoice, we give thanks, we renew our vows to restore recognition and dignity to our dead.

The prayers of the righteous availeth much.

Researchers who spent two weeks using ground-penetrating radar to examine Vick Cemetery said Thursday that the graveyard is “quite dense” and “a well-populated cemetery.”

“It is what we expected, there are thousands of graves there,” Cole said. “It looks really quite dense like a well-populated cemetery, you might say.”

Cole said the actual number of graves has not been calculated from the 13 grids into which the site was divided.

“In our process, when Jordan was out in the field, he collected thousands of transects out in the field,” said Sarah Lowry, director of geophysics at New South Associates. “They take those all in and eventually stack them all together to create three-dimensional blocks of data. We put those all together and create a three-dimensional block of changes below the ground.”

Lowry said analysis of the 3D blocks “is the tedious part.”

“Jordan is about to embark upon that stage of data processing and interpretation, so that is the stage that he is in,” Lowry said. “This is where the real information comes from. He is going to go through every single two-dimensional transect and all of those three-dimensional data blocks and map out each individual possible burial in the ground.”

Cole said that in addition to individual graves, the GPR data, which looks at changes in soil densities, was able to detect other features that could aid research into the arrangement of the graveyard.

“We were able to discern some little land features like there might be a couple of roads or pathways that we can try to map and figure out the layout of the cemetery in a little more detail,” Cole said.

Lowry said it is the careful, methodical data analysis that will assist in finding the site’s older graves.

“Those hard-to-detect ones are going to be people who were buried in more ephemeral burial containers or the older graves or maybe children or infants in smaller graves,” she said. “Those are harder to map.”

Last week, photographer George Freeney flew his drone over Vick Cemetery and immediately recognized a series of rectangles in the first photograph he captured.

Freeney recognized the repetitive rectangles as soon as he saw the photograph.

“It was completely obvious,” said Freeney, who has relatives in the graveyard. “I know that I have people out here. I know they are at rest. They are at rest. We just don’t know who they are.”

Cole said especially on the western side of the cemetery, there seemed to be a lot of visible graves that were “right there in front of us.”

“When we showed up on the first day, they had recently mowed. We were there for two weeks and by the end of the two weeks, you could see taller and lusher grass growing where the graves were,” Cole said. “When it became a little more overgrown, it was even clearer to see those graves.”

“As African Americans, we are looking for relics. We are looking for things that we can hold onto to build our heritage because we just don’t know,” Freeney said. “This is absolutely sacred ground.”

Cole said he will spend the next two weeks looking through the data.

“It will be a couple of months until we have a complete report,” Lowry said. “That report will include all of our methods as well as a lot of maps showing where we did find graves, the numbers and depth estimates for the graves.”

“It is just a lot of grinding work  to sort it through,” Cole said.

The only place not scanned with ground-penetrating radar was a large area of vegetation around the monument the city installed in May 1996.

The city of Wilson spent nearly $29,159 to undertake the GPR work.

The city has owned Vick Cemetery since 1913. In 1990, the city razed the cemetery’s grave markers and removed debris. In doing so, much of the history of Wilson’s African American residents were lost.

For more about Lane Street Project’s efforts at Vick Cemetery, start here — note especially the survey map included in the post — and search this blog for more.