Death certificates of Wilson County natives who died in Indiana.

In the 1940 census of Indianapolis, Indiana: North Carolina-born Jack Sims, 69, was a lodger in a household on 17th Street. 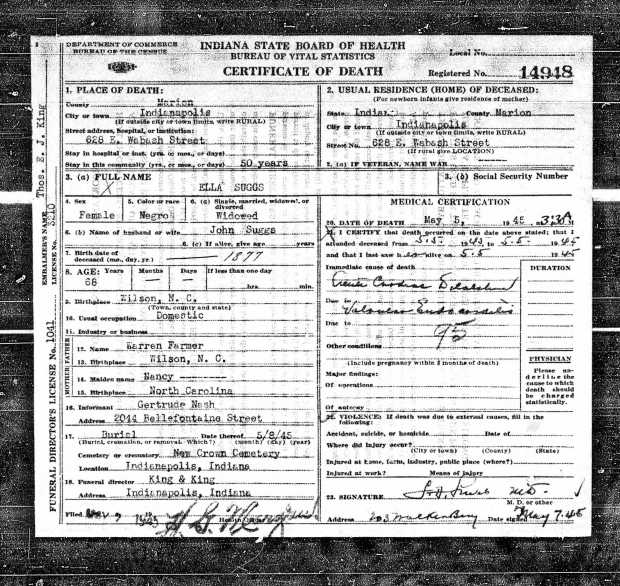 In the 1940 census of Terre Haute, Vigo County, Indiana: hotel night porter Adock Thompson, 68, wife Hattie, 55, and widowed sister-in-law Ella Suggs, 68. Ella indicated that she had been living in Indianapolis in 1935.

On 16 October 1940, Joseph Levi Sutton registered for the World War II draft. His registration card notes that he was born 19 May 1919 in Wilson County, that he resided at 534 East Nash Street in Wilson, that he worked for Southern Tobacco Company, and that his nearest relative was Malissie Gray Sutton of 716 East Green Street.

Malissie Gray Sutton died 17 May 1964 at her daughter’s home at 1200 Carolina Street in Wilson. Her death certificate states that she was born 15 May 1880 in Cumberland County to Andrew Thaggard and Annie Edwards. Informant was Lula Hayes of 1200 Carolina. 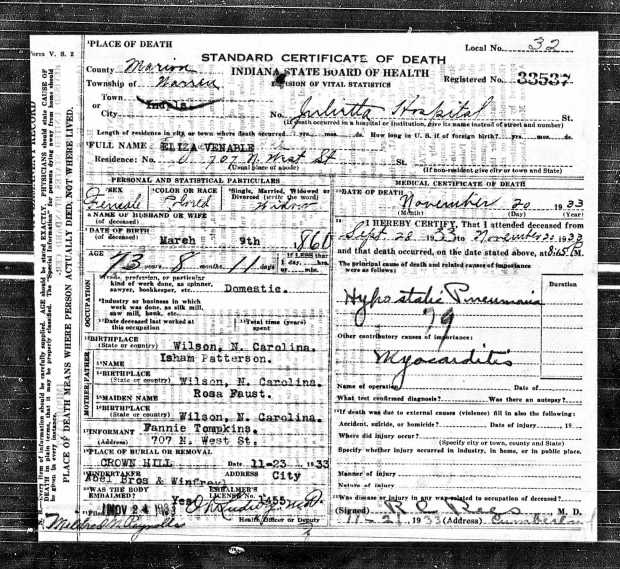 In the 1930 census of Indianapolis, Indiana: at 2846 Shriver Street, Edward Tompkins, 56, wife Fannie, 44, daughter Elizabeth, 15, and mother-in-law Eliza Venable, 73. Edward worked as a stock clerk in an electric shop and Fannie as a church secretary. 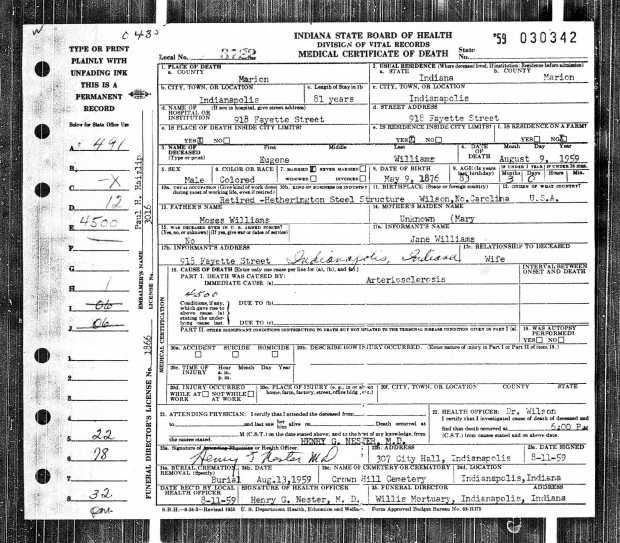 In 1942, Eugene Williams of 918 Fayette Street, Indianapolis, Indiana, registered for the World War II draft. His draft card reports that he was born 9 May 1878 in Wilson County, North Carolina, that his contact was Jannie Williams, and that he worked for Heteren & Burner & Co. 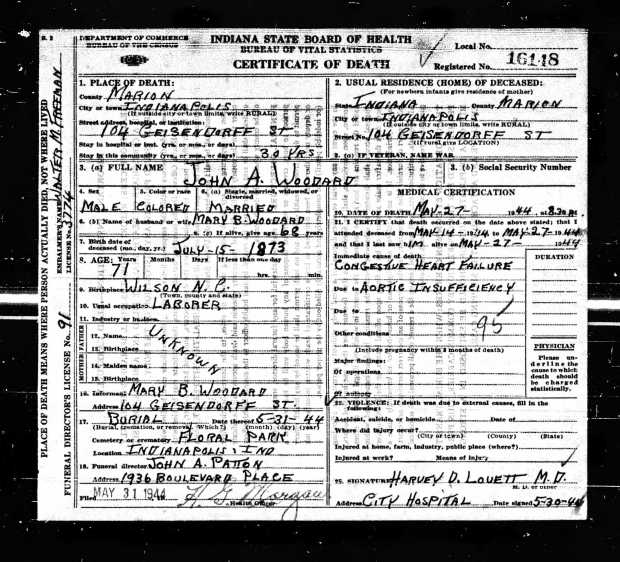