The on-line guide to Newberry Library’s Curt Teich Postcard Archives Collection features digitized versions of the geographical index to the company’s historical postcards. The index cards are arranged alphabetically by state and then town or other geographic entity. Here is the Wilson, N.C., card listing the four postcards with African-American subjects. Numbered in sequence, all were taken in 1923.

A gift from Samuel C. Lathan arrived in the mail recently: 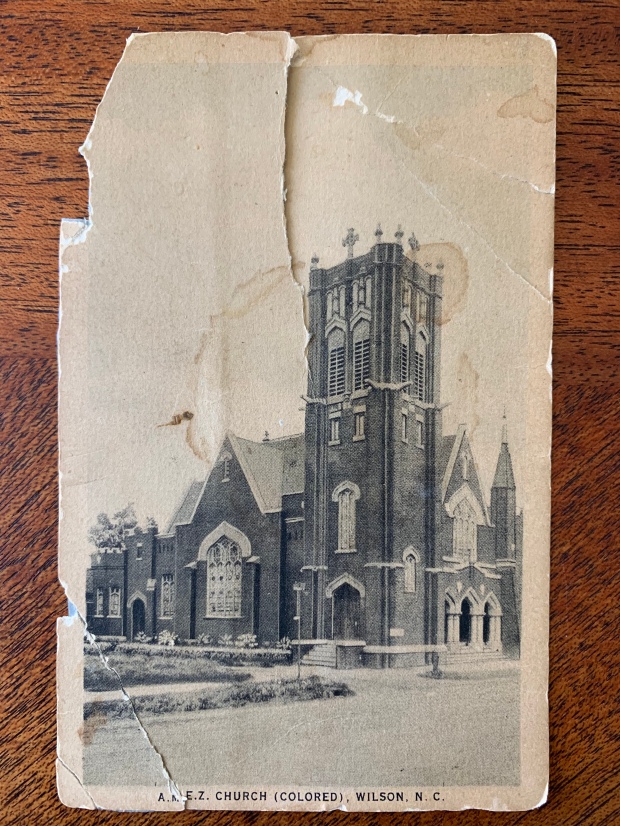 It’s a Curt Teich & Company postcard depicting Saint John A.M.E. Zion Church. Per the Guide to Dating Curt Teich Postcards, this one was issued in 1923, and was perhaps meant to commemorate the church building’s tenth anniversary. 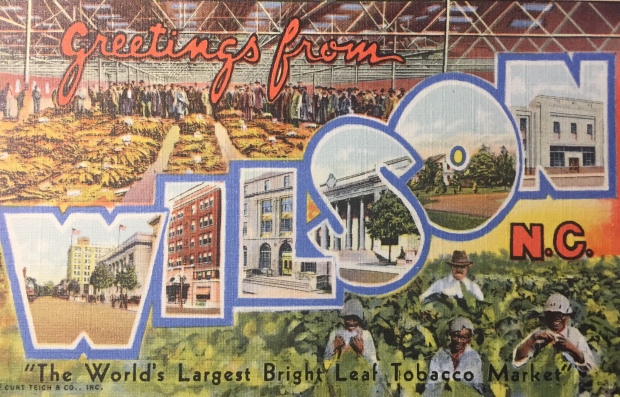 This linen postcard depicts scenes from Wilson, including notable buildings, a tobacco auction, and three African-American fieldhands — all children — posing under the watchful eye of a white boss.

The Curt Teich & Co. card is undated, but in Historic Wilson in Vintage Postcards (2003), J. Robert Boykin III places it in the 1930s. He also identifies the farmer overseeing the children as C.D. West.