Around the same time the Odd Fellows were establishing a cemetery at the far end of Lane Street, the Mount Hebron Lodge #42, Prince Hall Masons, set out their own on a lot purchased from Cain and Margaret Artis in 1900. It is no longer an active cemetery, but is regularly, if brutally maintained. Clumps of weedy shrubbery have trapped some of the oldest gravestones, and others have been victimized by overzealous mowing. The cemetery remains active, however, with burials as recently as December 2019. 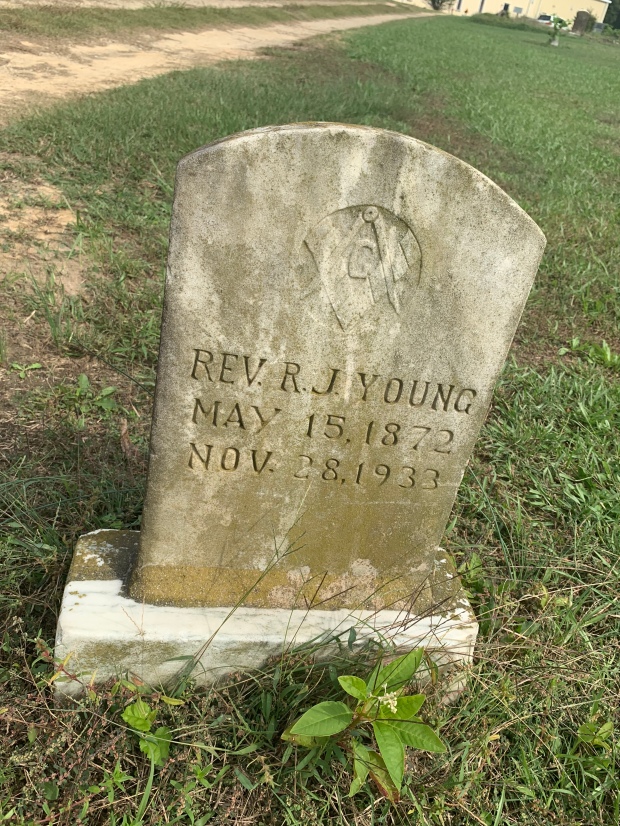 Richard J. Young died 28 November 1933 at Mercy Hospital. Per his death certificate, he was born 15 May 1876 in Sumter, South Carolina, to Richard Young and Emma Scott; was married to Mary Young; resided at Route 3, Wilson; and worked as a farmer.

Mount Hebron Masonic Lodge #42 founded this cemetery, probably in the late 1890s, and it appears to have been used for burial into the middle of the 20th century. It was the first of three cemeteries on Lane Street. Among those interred there are:

Cora Barnes died in Wilson township on 22 September 1917. Per her death certificate, she was married; was a tenant farmer; was about 41 years old; and was born in Wilson County to Alfred Cook and Nancy Edmundson. George W. Barnes was informant. 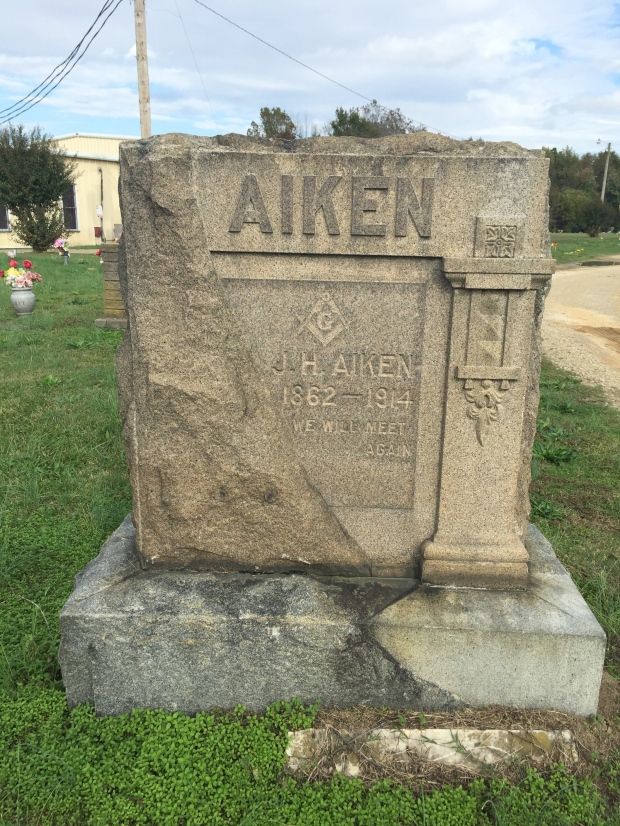 On 24 February 1908, John H. Aiken, 44, of Wilson County, and Georgia Williams, 37, Goldsboro, were married in Goldsboro, Wayne County. L.A. Moore of Wilson was a witness.

John H. Aikins died 20 July 1914 in Wilson. Per his death certificate, he was born in 1860 in North Carolina to Edward Aikins and Annie King, both of Virginia and was a horse dealer or liveryman. Georgia Aikins was informant.

[Personal note: this large headstone, with its asymmetrical carving, is one of the most aesthetically impressive in this cemetery. It is like no other I’ve seen on an African-American grave in Wilson County.]

In the 1910 census of Wilson, Wilson County: at Lodge Street, Redmond Wilkins, 42, odd jobs laborer; wife Mary, 35; and daughters Hallie, 4, Mary B., 23, a cook, and Isabell, 1. [Mary B. was Redden’s daughter with Mary Blount Wilkins. Hallie and Isabell, in fact, were named Hattie Margaret and Mary Della.]

In the 1940 census of Wilson, Wilson County: at 506 East Vance Street, widow Mary B. Wilkins, 65, and lodger Marion Sanders, 25, both of whom worked as a household servants.

Mary Ann Wilkins died 10 October 1956 in Wilson. Per her death certificate, she was born 20 May 1874 in Edgecombe County to Joshua Bullock and Harriette Hines; was widowed; and lived at 504 East Vance Street. Mary Della Bass was informant. 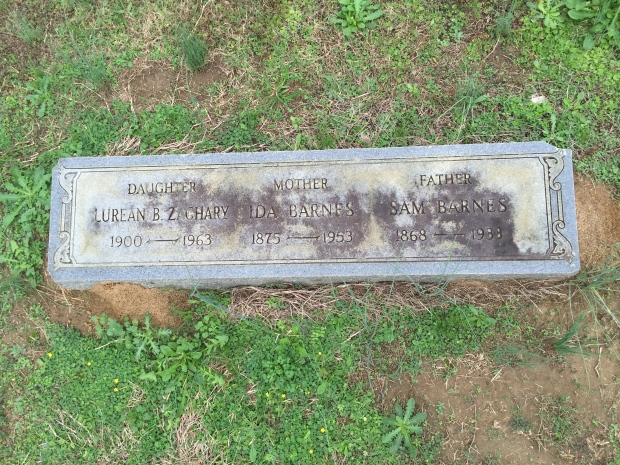 Ida Barnes died 26 April 1953 at her home at 602 Viola Street. Per her death certificate, she was a widow and was born 20 March 1874 in Wilson County to John Hinton and Margaret Matthew. Lurean Zackery of 604 Viola was informant. 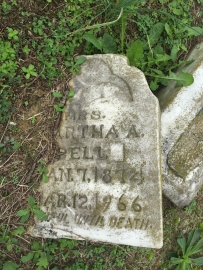 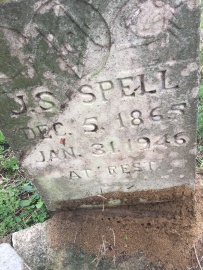 On 14 June 1902, John S. Spell, 26, son of Henry and Esther Spell of Pitt County, and Martha A. Gordan, 26, daughter of Pompie F. and Grace Gordan, were married at the Baptist church by Rev. Fred M. Davis.  Redden S. Wilkins applied for the license, and A.G. Battle, A.V.C. Hunt and Orren Best were witnesses.

In the 1908 Wilson city directory,  Jno. S. Spell appears as a contractor living at 133 Pender Street.

In the 1940 census of Wilson, Wilson County: at 204 Pender Street, odd job laborer J.S. Spell, 74, born in Pitt County, and wife Martha, 65, an invalid born in Oxford. Grocery deliveryman Arthur Darden, 27, and his wife Bettie, 19, rented rooms in the house.

John Stephen Spell died 31 January 1946 at Mercy Hospital in Wilson. Per his death certificate, he resided at 204 Pender Street; was married to Martha Spell, age 61; was 80 years old; was born in Pitt County to Easter Spell; was a carpenter; and was buried in the Masonic cemetery. M.G. Spell was informant.

Martha A. Spell died 12 March 1966 in Wilson. Per her death certificate, her residence was 501 South Spaulding Street, Wilson; she was a widow; she was born 7 January 1874 in Guilford County to Proctor Bowden; and was buried in the Masonic cemetery. John H. Spell was informant. 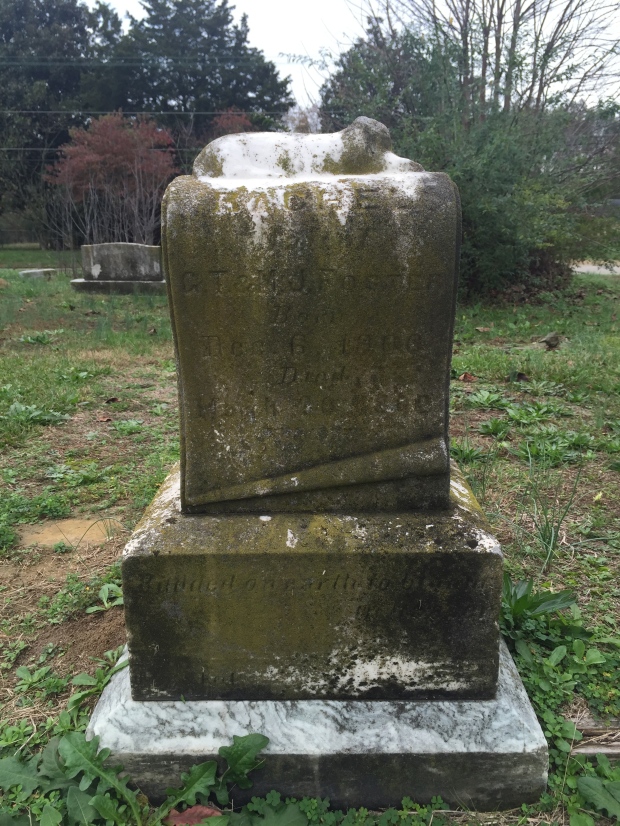 The infant Rachel Foster was the daughter of Grant T. Foster and Maggie Joyner Ransom Foster.

Henry Lucas died 25 April 1942 in Wilson. Per his death certificate, he was 60 years old; was born in Bennettsville, South Carolina, to Boykin Lucas of Columbia, South Carolina, and Hepsey Zimmon of Bennettsville; resided at 914 East Green Street; was married to Mamie Lucas, age 52; worked as a laborer; and was buried in the Masonic cemetery. Lucille Lucas was informant. 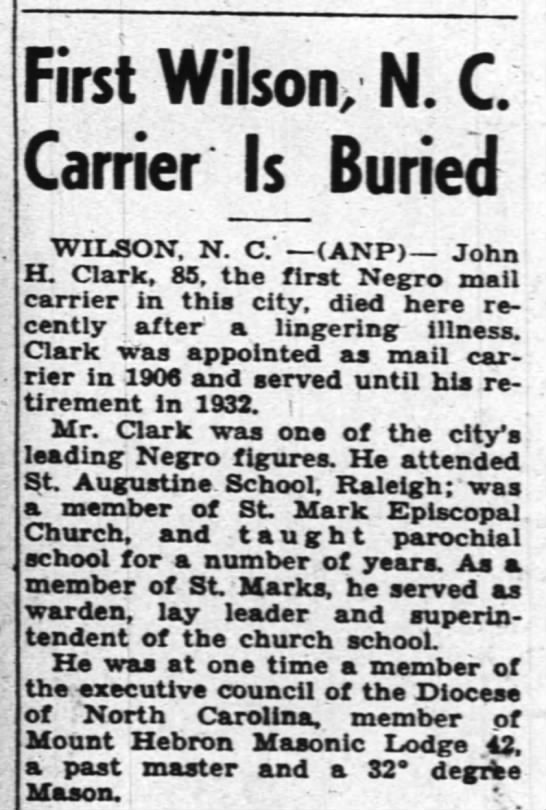