“For hundreds of years, enslaved people were bought and sold in America. Today most of the sites of this trade are forgotten.” Thus began the 12 February 2020 installation of The 1619 Project, the New York Times‘ initiative that aims to reframe American history by centering African-Americans in the narrative. Wrote Dr. Anne C. Bailey, author of The Weeping Time: Memory and the Largest Slave Auction in American History, “Auctions and the sales of enslaved people could be found near or along the major ports where enslaved Africans landed, including Richmond, Va.; New Orleans; Savannah, Ga.; and Charleston, S.C. But the enslaved were also sold in Massachusetts, Rhode Island, New Jersey and at New York City’s 18th-century open-air Meal Market on Wall Street. The sales took place all over the growing nation — in taverns, town squares and train stations, on riverbanks and by the side of the road. Before being sold, the enslaved were often kept in pens or private jails, sometimes for days or weeks. Then they were sold directly from the pens or marched to a nearby auction. Thousands of sales took place each year, right in the hearts of American cities and towns, on the steps of courthouses and city halls.”

In order to create “a more equitable map of American history,” an afterword to Bailey’s piece asks us to help fill in the record by reporting known sites at which enslaved African-Americans were auctioned. I have done so.

One of the earliest posts at Black Wide-Awake displays the 1856 report of Benjamin Bynum to a Wilson County court of the proceeds of the sale of Cate and Sherard at the White Oak tollhouse on the Plank Road. James R. Barnes had bought them for $450.20. I don’t know the exact location of the tollhouse, but it is reasonable to believe that it stood near the spot where the Plank Road between Wilson and Greenville crossed the Buck Branch of White Oak Swamp just west of Saratoga. 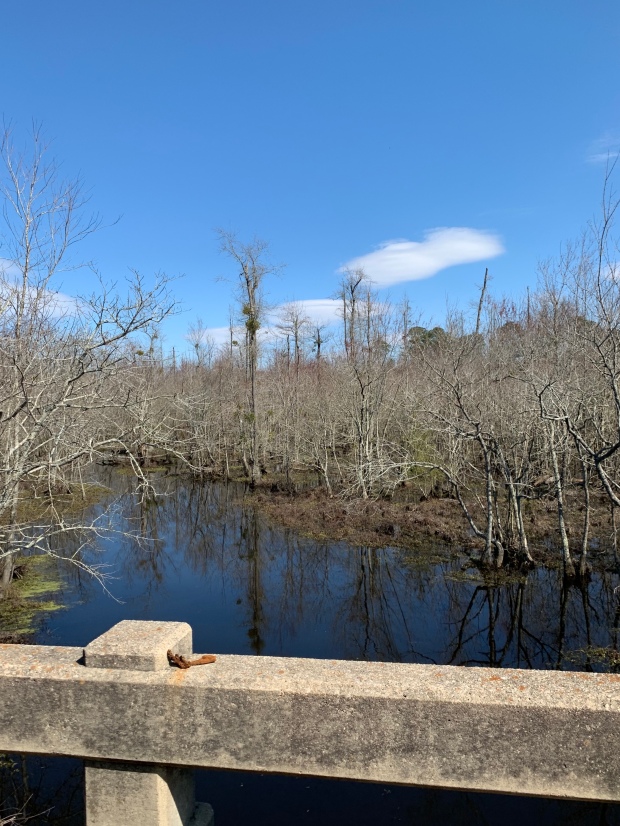 Per Powell and Powell, Wilson County Founding Families (2009), published by Wilson County Genealogical Society, William Ellis was born about 1740 in what was then Chowan County, North Carolina. He married Unity Dixon and settled in an area of Edgecombe County that is now Wilson County. His and Unity Ellis’ children were Willie, William, Coffield, Dixon, John, Gray, Jonathan and Spicy Ellis.

William Ellis made out his will on Christmas Eve 1812 in Edgecombe County:

On 17 September 1858, Turner Bynum of Edgecombe and Wilson Counties penned a will whose provisions included:

Turner Bynum did not die until 1867, mooting the matter of the distribution of his human chattel.

Jonathan Tartt of Edgecombe County wrote out his will on February 3, 1789; it was probated May 5 of the same year. Along with personal property and many thousands of acres of lands along Toisnot and White Oak Swamps (in what would become Wilson County), Tartt left:

Jonathan Tartt’s son Elnathan Tartt, also of Edgecombe County, made out his will on Christmas Eve 1795. He left land and a dwelling house along White Oak Swamp, and:

Jonathan Tartt’s widow Catherine Jarrell Tartt Peelle made out her will on 17 June 1812. It was recorded in Edgecombe County in November 1814 and included these provisions: