In 1917, Avery Johnson registered for the World War I draft in Chester County, Pennsylvania. Per his registration card, he was born 25 June 1891 in Marietta, N.C.; lived at 636 Green, Wilson; worked as a laborer for Worth Bros., Coatesville, Pennsylvania; and had a wife and one child.

The child who died in the oil can explosion was a son, John Elry Johnson, not a daughter. He was two weeks past his second birthday. 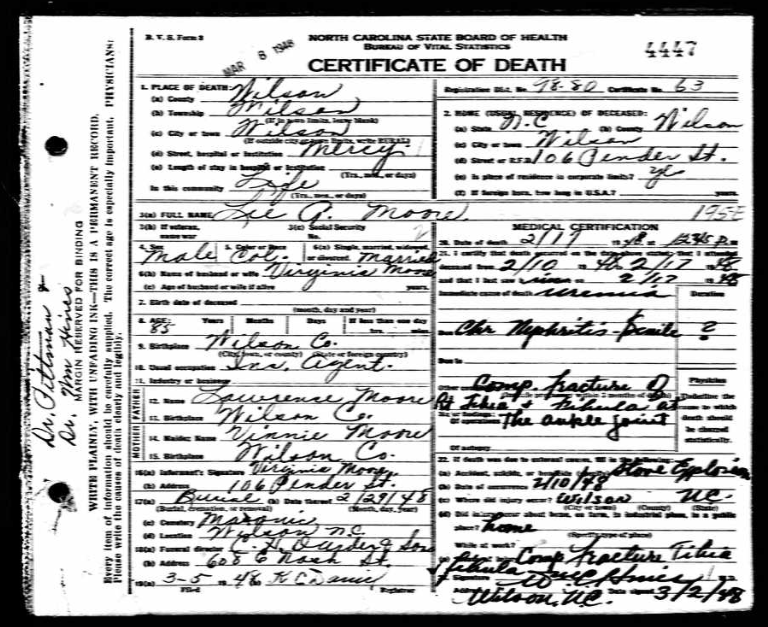 Household appliances created fearsome everyday hazards in early twentieth-century Wilson. A stove explosion shattered insurance agent Lee A. Moore‘s tibia and fibula at the ankle on 17 February 1948. The injury did not kill Moore, but doubtless undercut his ability to cope with chronic kidney disease. He died a week later.

In which Rev. Fred M. Davis offers a dramatic telling of a lamp explosion during services at First Missionary Baptist Church. (With an appeal for donations tacked on.)