In which Spellman Moore‘s squad rescues him as he being frog-marched to court: 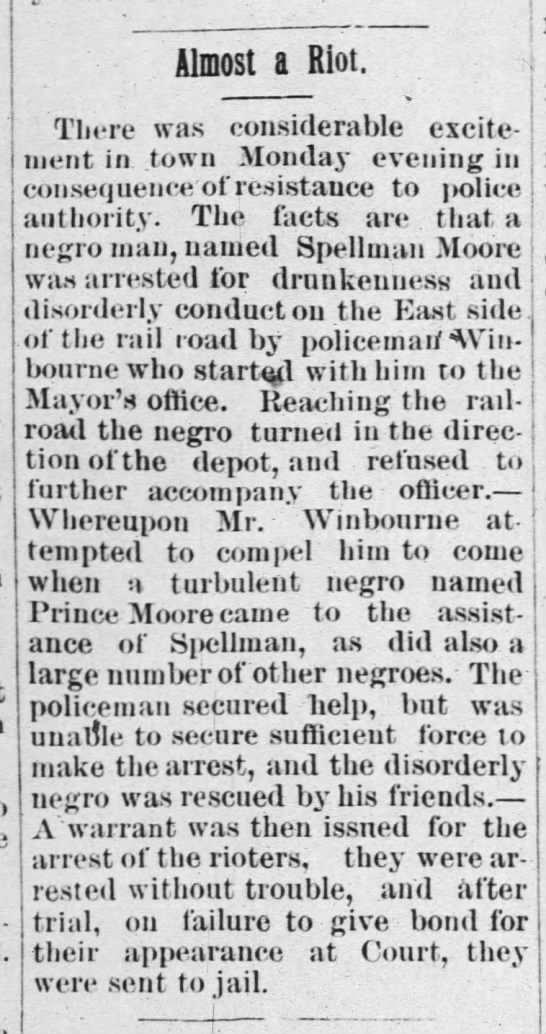 “Disorderly conduct” was often a catch-all charge directed at many types of behavior deemed unruly, but not dangerous. 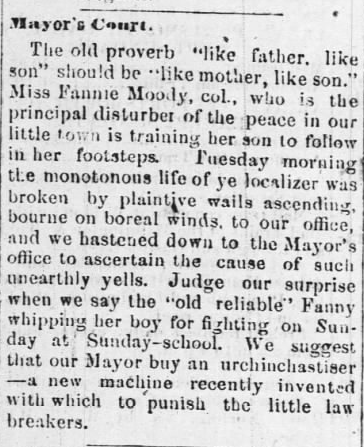 In the 1900 census of Washington, District of Columbia: at 2531-15th Street, waiter William Moody, 27; wife Sarah S., 24, a dressmaker; their children Augustus, 5, and Crist, 4; sister-in-law Minerva Vaughn, 10; mother-in-law Mittie Vaughn, 46, cook; and mother Fannie Harris, 55, cook. All were born in North Carolina. (William and Sarah’s Wilson County marriage license indicates that Fannie was already living in Washington when they married in 1892.)