The fifty-fifth in a series of posts highlighting buildings in East Wilson Historic District, a national historic district located in Wilson, North Carolina. As originally approved, the district encompasses 858 contributing buildings and two contributing structures in a historically African-American section of Wilson. (A significant number have since been lost.) The district was developed between about 1890 to 1940 and includes notable examples of Queen Anne, Bungalow/American Craftsman, and Shotgun-style architecture. It was listed on the National Register of Historic Places in 1988. 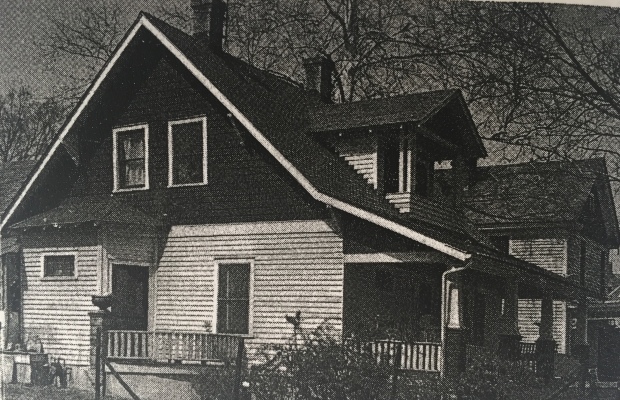 As described in the nomination form for the East Wilson Historic District: “ca. 1930. 1 1/2 stories. Short W. Barnes house; bungalow with engaged porch; Barnes was a carpenter.”

Robert C. Bainbridge and Kate Ohno’s Wilson, North Carolina: Historic Buildings Survey, originally published by the City of Wilson in 1980 and updated and republished in 2010 under the auspices of the Wilson County Genealogical Society, provides additional details about the house: “This classic bungalow was built ca. 1921 for Short W. Barnes, a carpenter. In later years Barnes was the foreman for the building maintenance crew of the real estate firm of R.E. Townsend & Company. Barnes may have constructed this house himself. The dormer balcony is an unusual feature in Wilson bungalows, as is the open semi-circular side porch off the three sided bay.”

616 East Green Street has been demolished.

In 1917, Clarence Allen Crawford registered for the World War I draft in Wilson. Per his registration card, he was born 23 September 1891 in Durham, North Carolina; resided at 617 East Green Street; worked in brick laying for Wilkins Brothers; and supported a wife and child.

Frances Barnes died 30 May 1938 in Wilson. Per her death certificate, she was born in 1860 in Wilson County to Morrison Woodard and Mattia Thorn; was married; and resided at 616 East Green. Short W. Barnes was informant.

In 1942, Thomas Elder Ellis registered for the World War II draft in Wilson. Per his registration card, he was born 25 February 1902 in Wilson; resided at 302 North Vick Street, Wilson; his mailing address was Post Office Box 193, Wilson; his contact was Short W. Barnes, 616 East Green; and he worked at the Wilson branch office of Winston Mutual Life Insurance Company, Winston-Salem, North Carolina.

Short William Barnes died 30 November 1943 at his home at 616 East Green Street, Wilson. Per his death certificate, he was born 14 February 1860 in Wilson County to Redman and Nellie Barnes; was a widower; was a carpenter; and was buried in the Masonic cemetery. Maggie Crawford, 616 East Green Street, was informant. 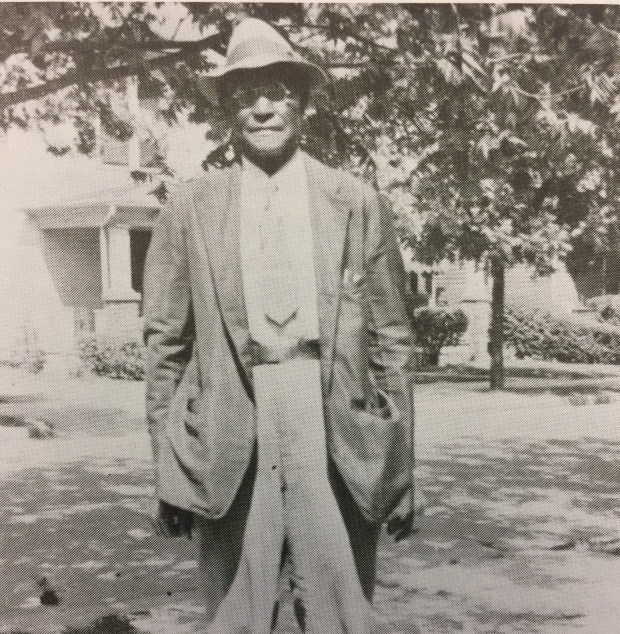