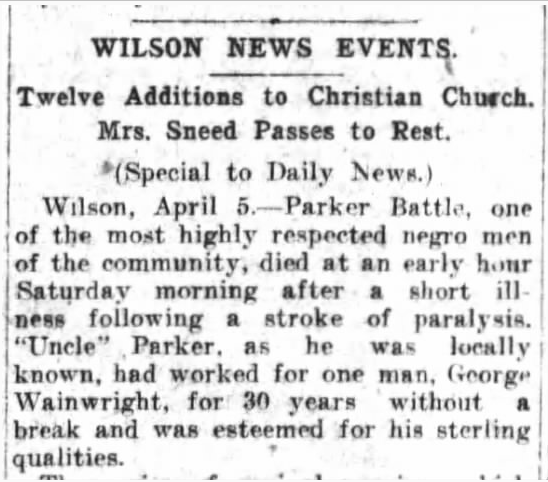 The funeral of Parker Battle at 3 o’clock yesterday afternoon was conducted by Fred Davis, the former pastor of the Baptist church, assisted by other pastors and was attended by a large number of friends. Addresses were made by Col. J.F. Bruton and Rev. T.W. Chambliss.

A resolution of respect by the board of deacons and the congregation was also read.

We are using this means to thank our sympathetic friends, both white and colored who so beautifully assisted, stood by and offered hope and encouragement in our bereavement. The wife and children of Parker Battle, the deceased mourn our loss but feel sure it is Heaven’s gain and we are striving to carry out the principals he so relentlessly tried to instill in us. The fatherhood of God and the brotherhood of man.  ELLA BATTLE, AND CHILDREN. 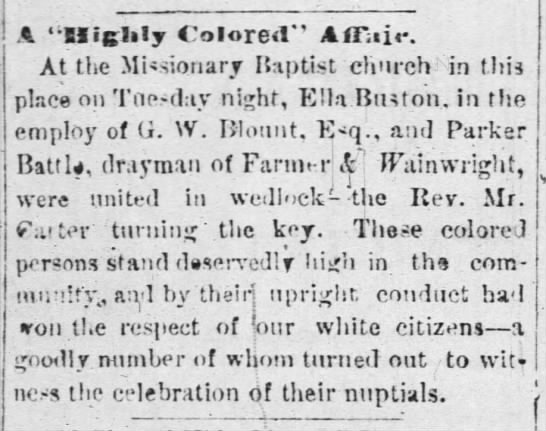 In the 1880 census of Town of Wilson, Wilson County: teamster Parker Battle, 30, and wife Ella, 25, a cook. They lived next door to G.W. Blount, for whom Ella worked and who witnessed their wedding earlier in the year. 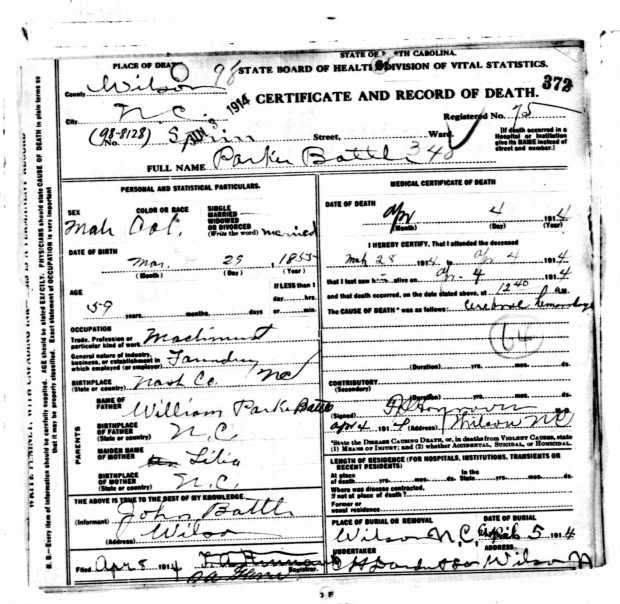