The school year was only 120 days long and ran from 21 January 1941 to 31 May 1941. (Compare Elm City Colored School, which ran from February to June. Darden, on the other hand, had a 180-day school year.) Three teachers taught at Williamson — two women and one man. Astonishingly, these three taught 114 children — 39 boys and 75 girls — in three grades. (The school had no 11th or 12th grades.) Six-room Williamson Colored School housed all grades in one building. It had no restrooms, principal’s office, library, or auditorium. It did have a lunchroom run by the home economics department. 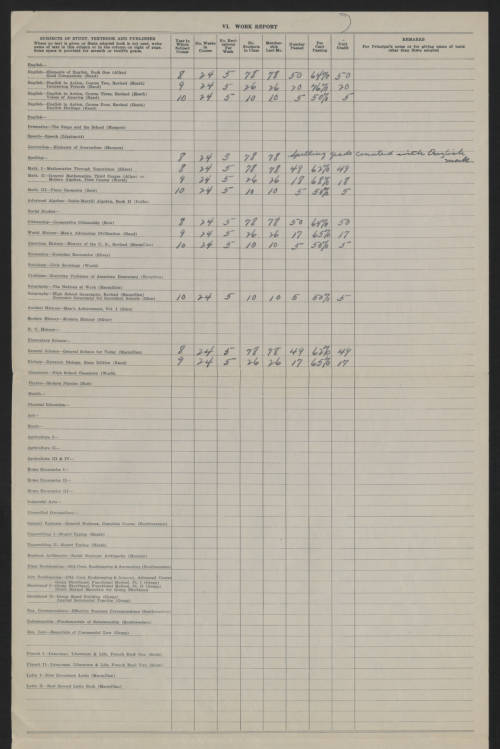 All the teachers were college graduates. Each was in his or her first year teaching at Williamson.

The school had no laboratories or maps. It published a newspaper, The Oracle, and sponsored an English Club. Lee made this note: “Our Agriculture, Home Economics and guidance programs will begin in September, 1941, as steps are already being taken to put them into effect.”