Apparently on his deathbed, George W. Thompson made out his will 16 December 1885. 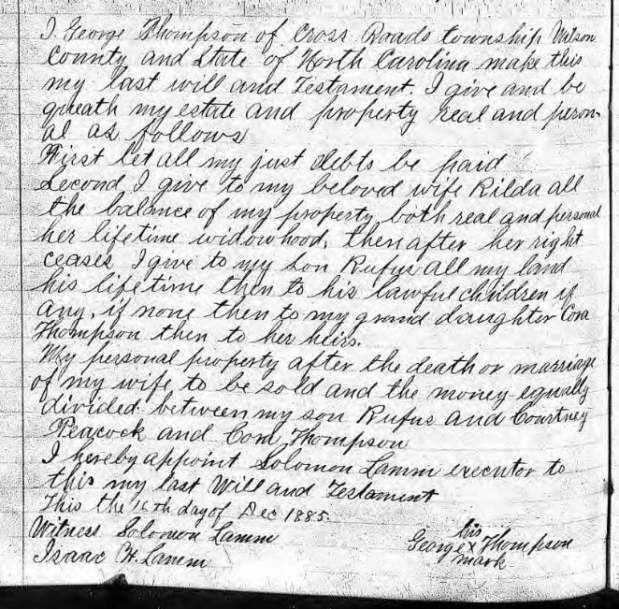 He left all his property to his wife Rilda during her lifetime, then his land to son Rufus, and, if Rufus had no heirs, to granddaughter Cora Thompson. After Rilda’s death, his personal property was to be sold and the money equally divided between son Rufus Thompson, Courtney Peacock, and Cora Thompson. Solomon Lamm was appointed executor.

George Thompson died within days. His executor filed to open his estate and prepared this inventory of his property. Though relatively meager, the list represents a laudable achievement for a man who had spent the bulk of his life enslaved. 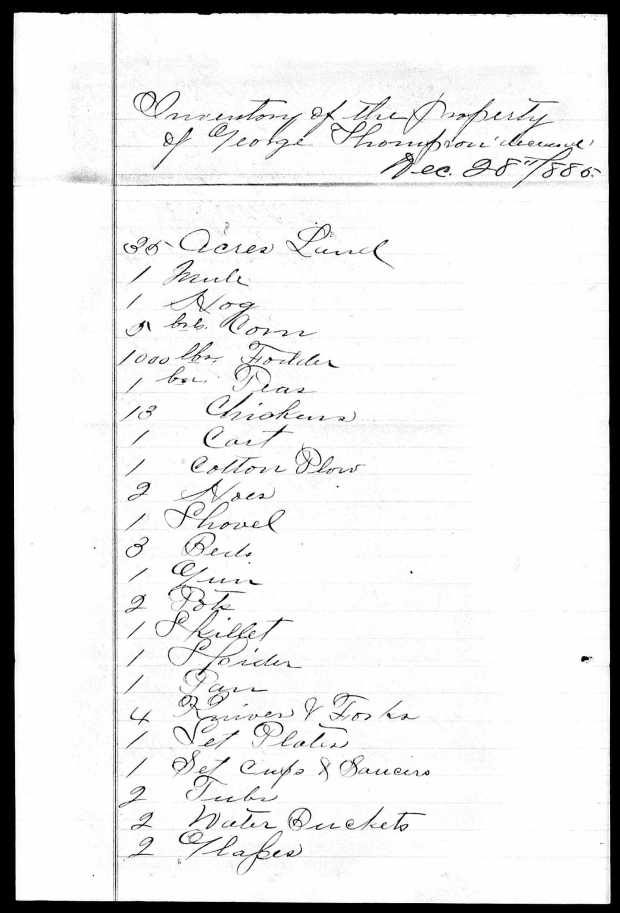 Unfortunately, George Thompson’s debts outweighed the value of his estate, forcing the sale advertised in the notice above of a ten-acre parcel adjoining the property of M.V. Peele, Isaac Rich, and Henry Peacock. Marilda and Rufus Thompson had left the area, however, and could not be found in the county for service.