James Barnes was administrator of Hickman Ellis‘ estate. Among his duties in 1861, he secured a doctor’s visit for an unnamed enslaved woman staying at John Owens’ farm:

He also obtained “docttrin” for “negar Jack,” “Aren when was burnt,” Milbry and Netty’s fellow in October 1861.

In 1862, these individuals and several others were hired out again, along with several fields and the “low grounds”: 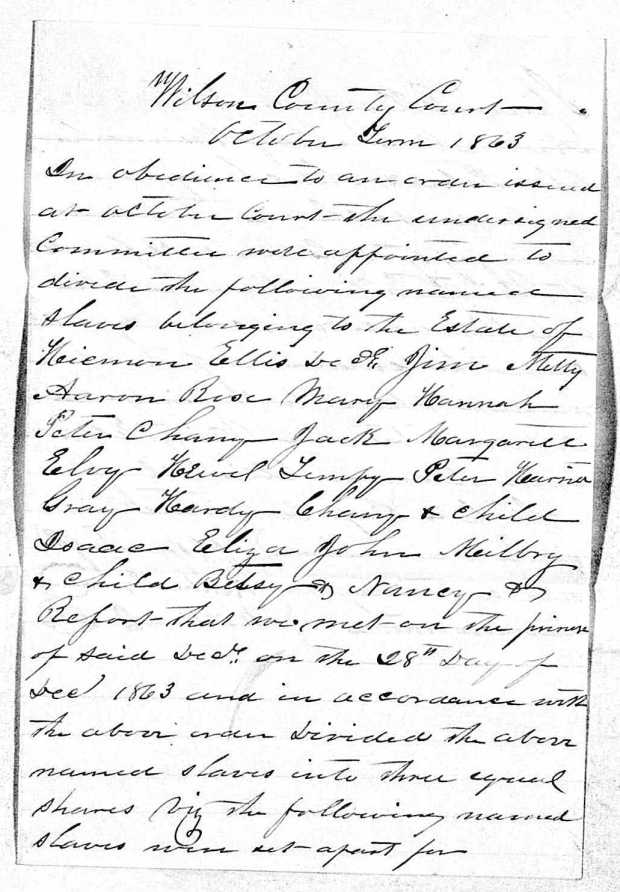