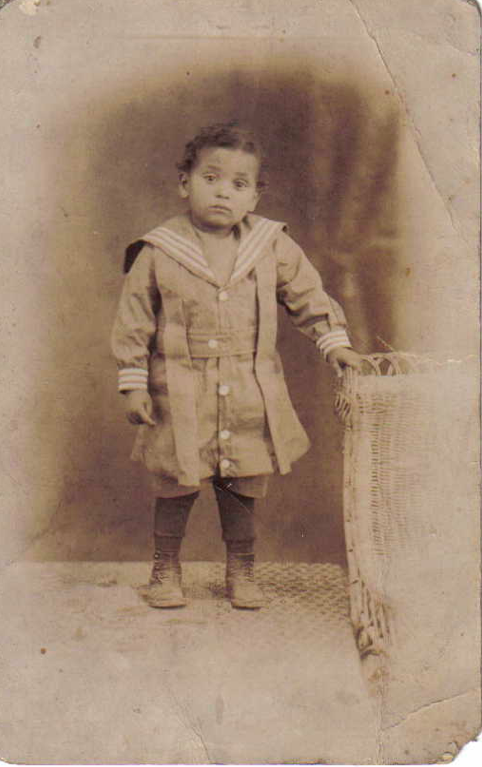 Roscoe Michael Evans was born 11 March 1913 in Wilson to Erastus Marion Evans of Johnston County, North Carolina, and Mamie Britt Coles Evans of Sampson County, North Carolina. His parents were married in Wilson on 25 December 1911 by Baptist minister Fred M. Davis in the presence of James Crockett and Effie Pittman of Wilson and Jery Evans of Fremont, N.C., and Joe Evans applied for the license. 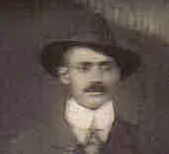 In 1917, Erastus Marion Evans registered for the World War I draft in Wilson. Per his registration card, he was born 1 June 1891 in Johnston County; lived on East Nash Street; worked as an electric lineman for the Town of Wilson; and supported a wife and child.

On 22 January 1918, the “Infant of Mamie & Rastus Evans,” a boy, died in Wilson at age four days, probably of “la grippe” [influenza.] Per his death certificate, he was buried in Wilson County by C.H. Darden & Sons.

On 1 August 1919, a stillborn male infant was born to Rastus M. Evans and Mamie Cole. Per his death certificate, he was born in Wilson by C.H. Darden & Sons.

In the 1930 census of Baltimore, Baltimore County, Maryland: Rastus Evans, 39, ship stevedore, described as a widower, headed a household of roomers at 807 Franklin Street. However, at 1502 Pennsylvania Avenue, also described as a widow, was Mamie E. Ivans, 34, lunch room manager; her son Roscoe, 17; brother Owen Pope, 30; and sister-in-law Leonie, 24. [Widowhood was a euphemism for divorce.] 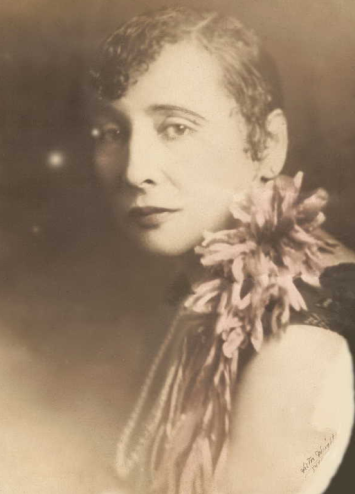 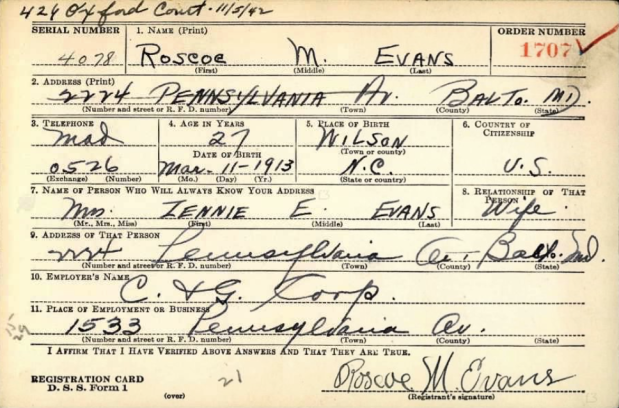 Photographs of the Evans family courtesy of Ancestry.com user TheresaSandra.