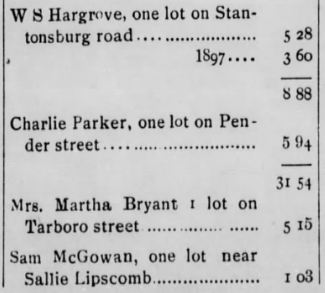 This notice of impending sheriff’s sale for non-payment of property taxes included these African-Americans (and a reference to Washington Suggs):