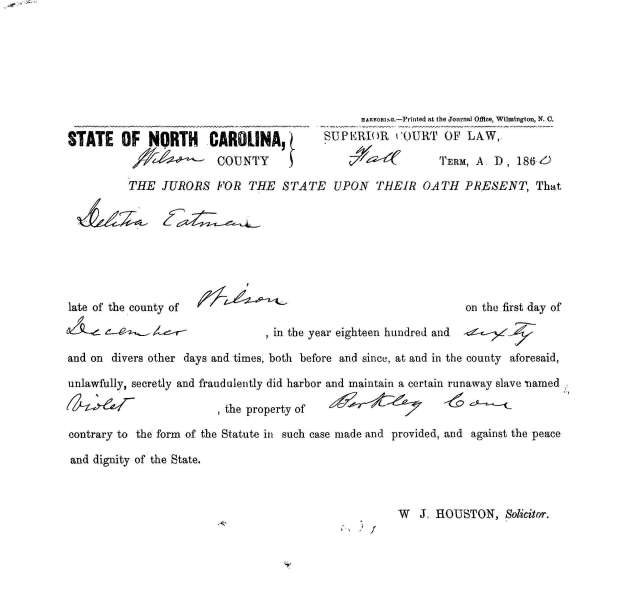 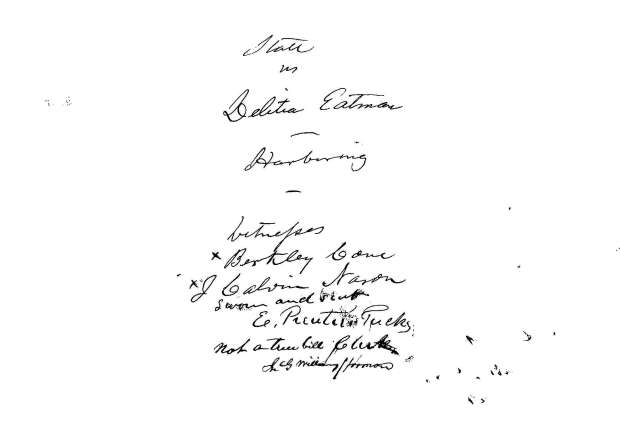 The solicitor of the 1860 fall term of Wilson County Superior Court presented to the grand jury a charge against Delitia Eatmon for harboring a slave, Violet, who was owned by Berkley Cone.

In the 1860 census of Sullivants district, Nash County, Berkley Cone was a 45 year-old farmer whose household included a 10 year-old mulatto boy named Richard Locus, who was probably an involuntary apprentice. The 1860 slave schedule of Nash County lists Cone as the owner of a single enslaved person — a 15 year-old mulatto girl. Who was reported as a fugitive from the state. It’s reasonable to assume that Violet was the runaway. 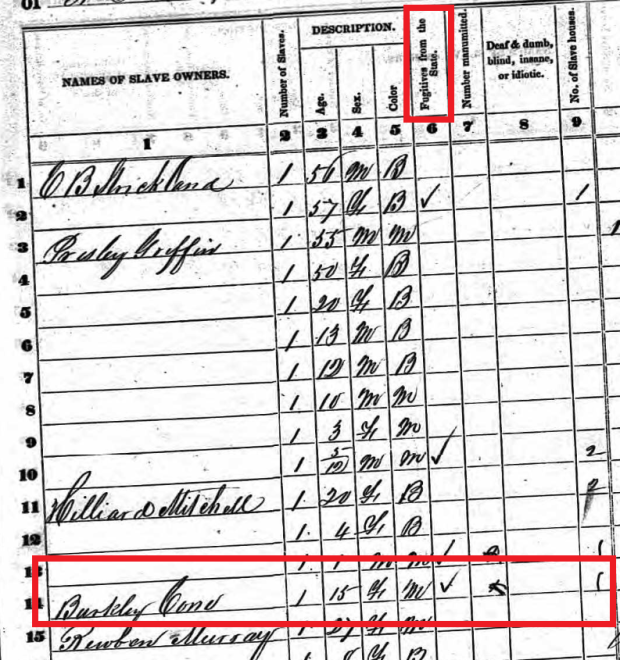 Delitia (or, more likely, Selitia) Eatmon was born about 1810 in what was then Nash County. She and her children are listed in her parents’ household in the 1850 census of Nash, but by 1860 she headed her own household in Oldfields township, Wilson County. She, too, owned enslaved people as reported in the 1860 Wilson County slave schedule. Five, who appear to have been an elderly woman, her daughter, and that daughter’s three children.

Who was Violet to Selitia Eatmon? Why would Eatmon have kept and concealed Violet from Berkley Cone? Were Eatmon’s slaves Violet’s family? Had she been with Eatmon the entire six months between the census enumeration and the grand jury panel? Longer? Had she run because she missed her family? To avoid Cone’s close attention to her teenaged body? To thwart sale?

Berkley Cone and J. Calvin Narron appeared before the grand jury to offer testimony. Whatever they swore to, it was not enough. “Not a true bill,” said the jury. No indictment.