I’ve gone on and on about the artistry of Clarence B. Best, the marble cutter who carved hundreds of gravestones in and around Wilson County between the 1920s and mid-1970s. Now, after a few years of exploring local African-American cemeteries, I recognize the signature work of other monument makers. Whether the work of an individual, like Best, or a company, they were likely produced in Wilson or an adjoining county, and perhaps by African-American craftsmen.

One common type of concrete monuments dates from the first quarter of the twentieth century. The basic design, which I will call Concrete Stipple Style, is a large rectangle with rounded edges, a smooth central field with stamped block letters and no punctuation, and a stippled border. Unlike Clarence Best’s work, the inscriptions are rigorously centered. I do not know enough about molding concrete to speculate why so many Concrete Stipple stones develop a deep crack about one-third down the face of the monument. (See below.)

A fine example of Concrete Stipple, except for the bullet holes. The couple are buried in Odd Fellows cemetery, and the stone probably dates from just after Daniel’s death in 1908.

Lizzie M. Barnes was buried in Odd Fellows cemetery in 1919. 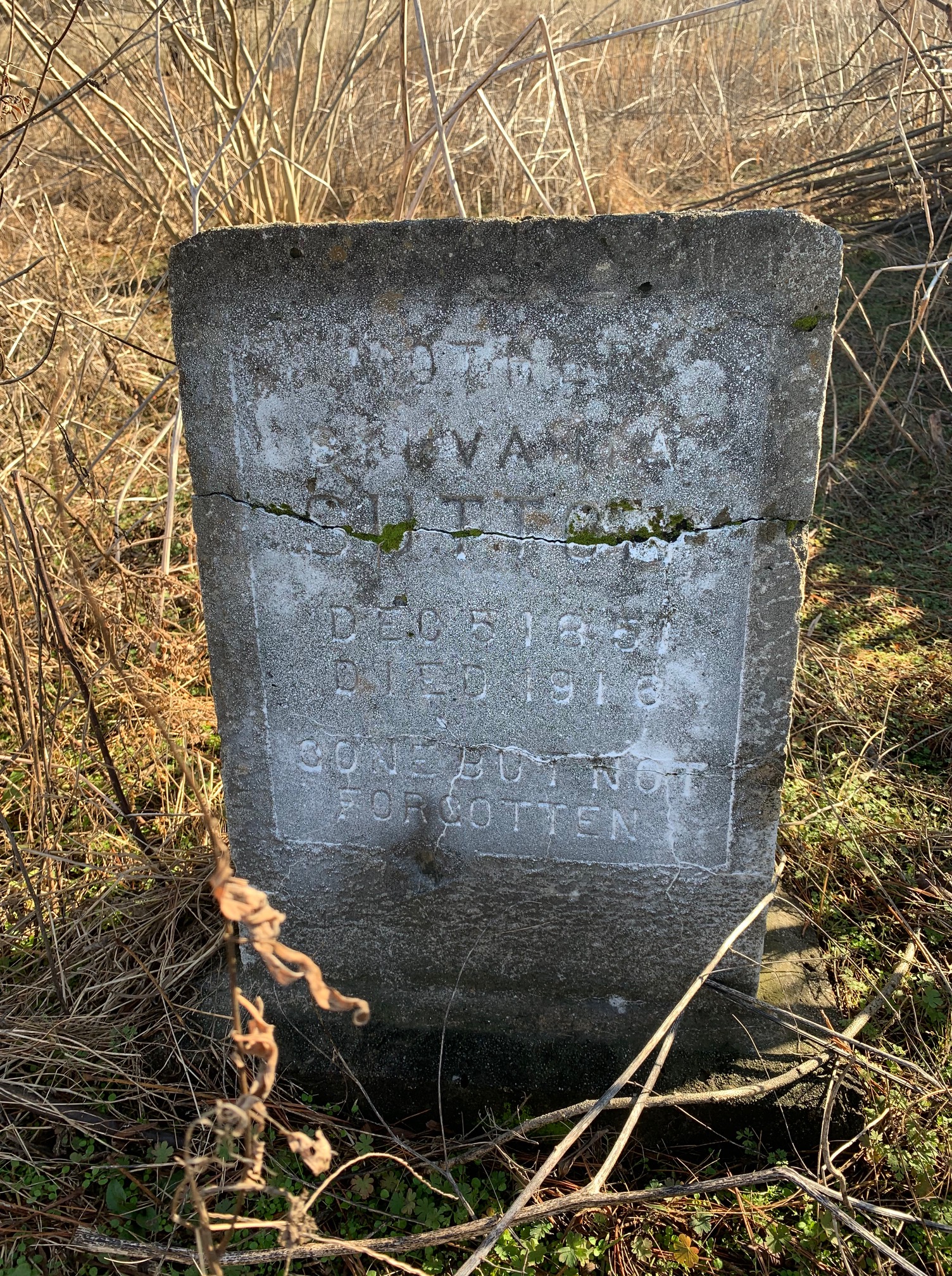 Sylvania and Calvin Sutton were buried in 1916 and 1922, respectively, in Polly Watson cemetery, which lies just over the Wilson County line in Wayne County.

Bessie McGowan died in 1925 and was buried in Odd Fellows cemetery.

Harrison B. Davis died in 1915 and is buried in the Masonic cemetery.

My guess would have been that this is a foot stone for the grave of Charles S. Thomas, who died in 1937. However, this marker is in the Masonic cemetery, and Charles S. Thomas’ lovely headstone is in Odd Fellows.