The local registrar attributed the cause of Esther Atkinson Pridgen‘s miscarriage to recent long-distance travel. Though midwife Nan Best delivered the child in Wilson, it appears that Chauncey Pridgen was living in Atlantic City already, where he is found in the 1940 census. 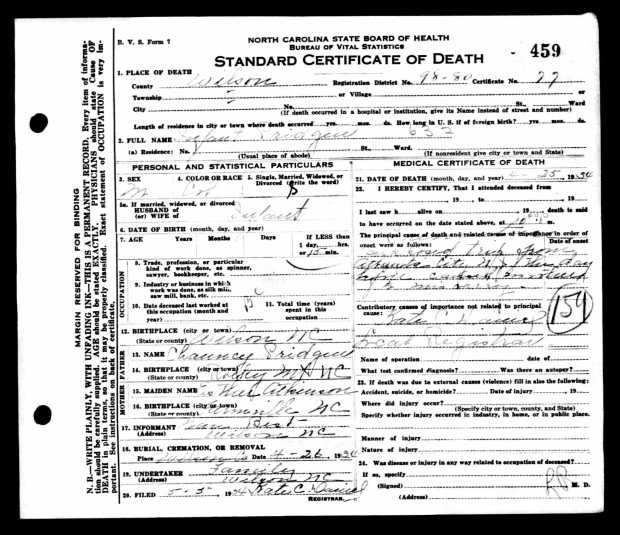 “Supposed trip from Atlantic City N.J. the day before caused mother to miscarry.”