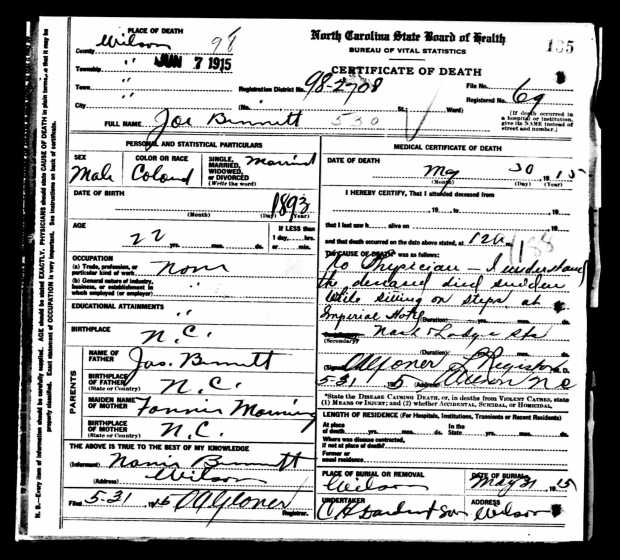 Built around 1900, the Imperial Hotel was located at 320 East Nash Street, the current location of Wilson’s city bus station. Catty-corner from the Atlantic Coast Line rail station, the three-story brick hotel was a popular with travelers until the Hotel Cherry was erected across the street.

As shown on the 1913 Sanborn fire insurance map of Wilson below, the Imperial had a wrap-around wooden porch that faced Nash and Lodge Streets. It’s likely here that Joe Bennett was seated when he keeled over dead. 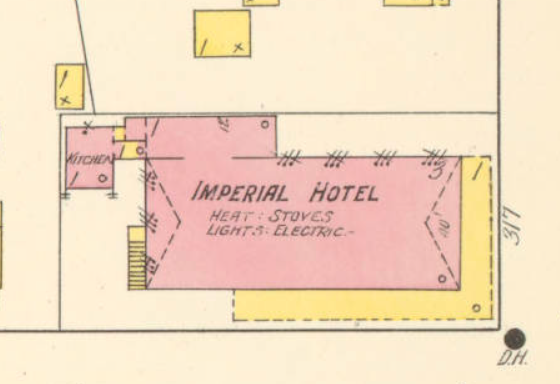