Six days after his death, the family of barber Levi H. Jones published a note of thanks in the Wilson Daily Times. 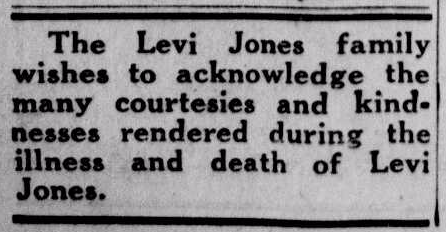 A day later, Jones’ niece and administratrix Ruth Jones Plater Brown published a notice of sale of his personal property, which included a piano, furniture, a gas stove, and a 1950 Dodge. 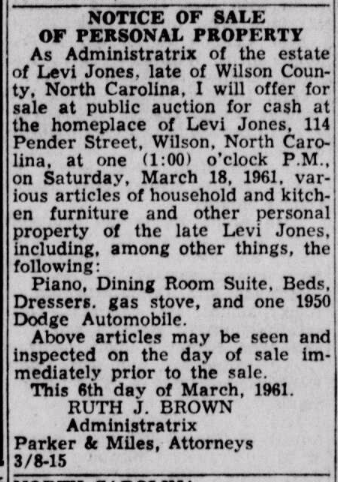