The one hundred twenty-second in a series of posts highlighting buildings in East Wilson Historic District, a national historic district located in Wilson, North Carolina. As originally approved, the district encompasses 858 contributing buildings and two contributing structures in a historically African-American section of Wilson. (A significant number have since been lost.) The district was developed between about 1890 to 1940 and includes notable examples of Queen Anne, Bungalow/American Craftsman, and Shotgun-style architecture. It was listed on the National Register of Historic Places in 1988. 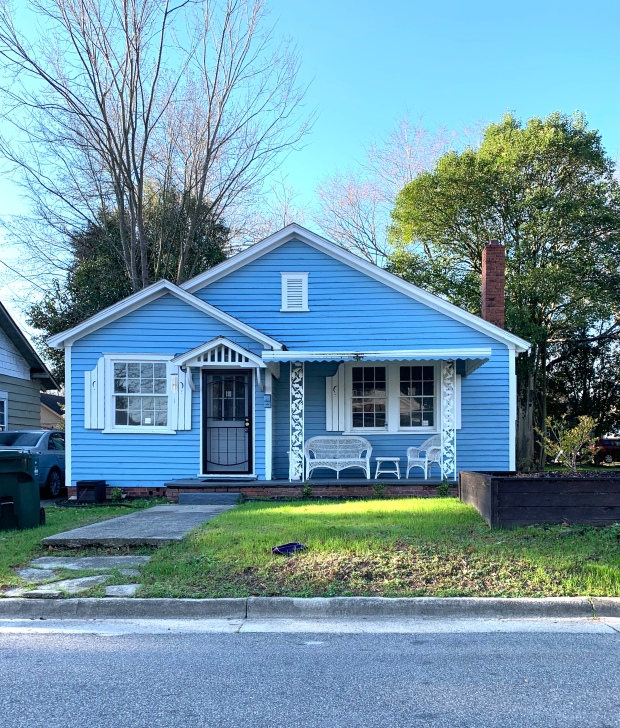 As described in the nomination form for the East Wilson Historic District, this building is: “ca. 1940; 1 story; gable-end bungalow with shed-roofed porch.”

Daniel McKeithan Jr. died 1 May 1942 at his home at 1206 Queen Street, Wilson. Per his death certificate, he was born 4 October 1941 in Wilson to Daniel McKeithan of Vass, N.C., and Naomi Jones of LaGrange, N.C.