Moses Farmer Sr. of Edgecombe County [near Toisnot Swamp, later Wilson County] made out his will in 1844. Among its very specific provisions were these: 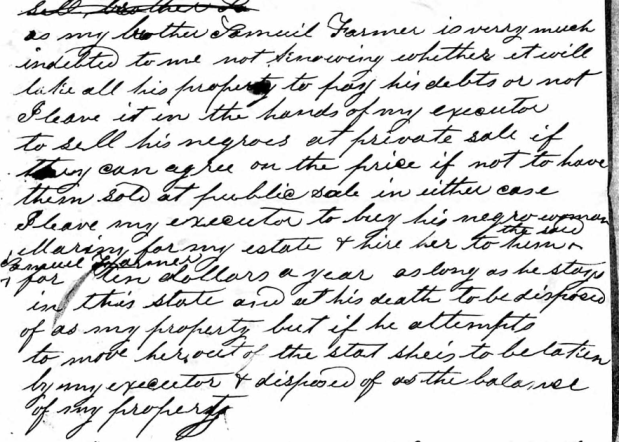 Moses Farmer Sr. died in 1848. His estate file does not appear to contain an inventory of his enslaved people. However, it does contain the petition filed by Farmer’s heirs at the November 1848 session of court seeking to sell “a certain slave named Rina or Marina” in order to divide her value among them. The petition was granted. On 1 January 1949, Joshua Barnes purchased Marina for $325. 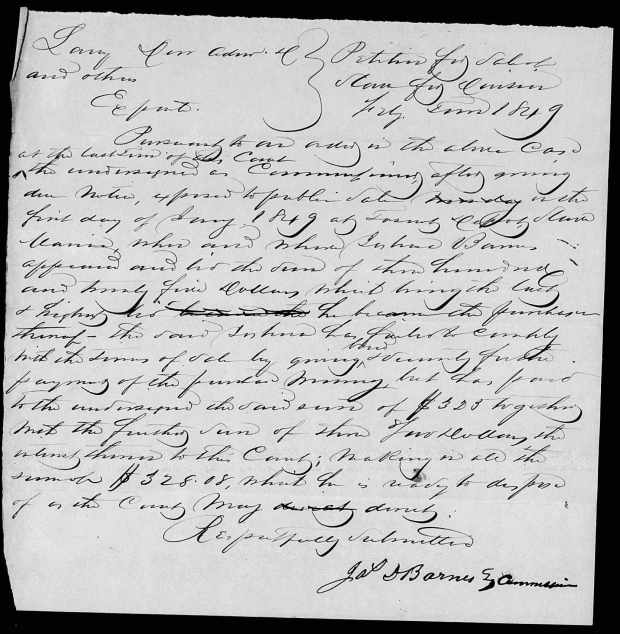