I first blogged here about the 1908 Fowler bird’s eye map of Wilson. While visiting the Freeman Round House and African-American Museum recently, I had the opportunity to closely examine an enlargement of the map. Here are more details:

This house, later numbered 108, was the residence of the family of Mike and Rachel Barnes Taylor.

The original location of Wilson’s African-American Episcopal church was at the corner of Lodge and South Streets. 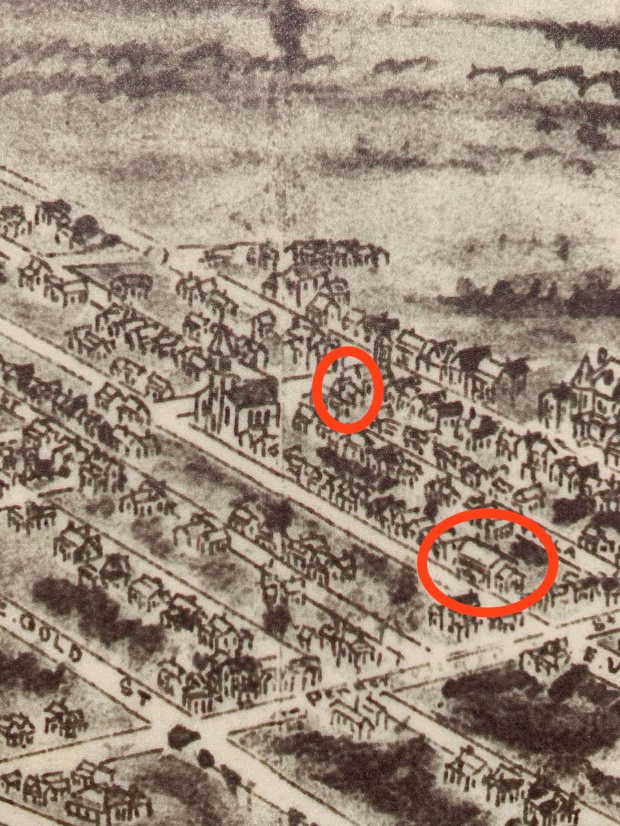 Jesse and Sarah Henderson Jacobs bought the house at 303 Elba Street, top, in 1908. The lower building, on Vance Street, housed the Wilson Normal and Industrial School, the private school started after the Colored Graded School boycott in 1918. 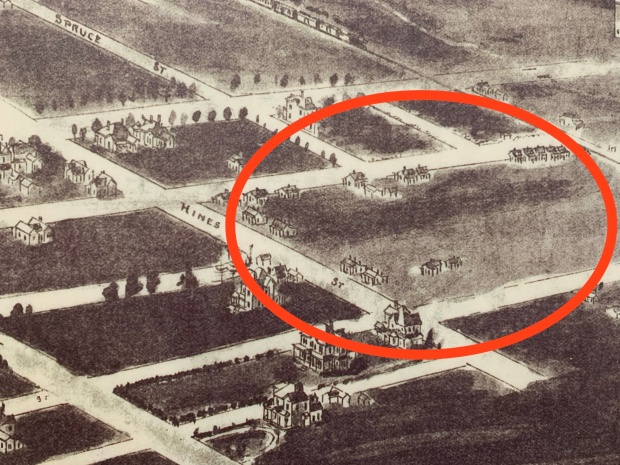 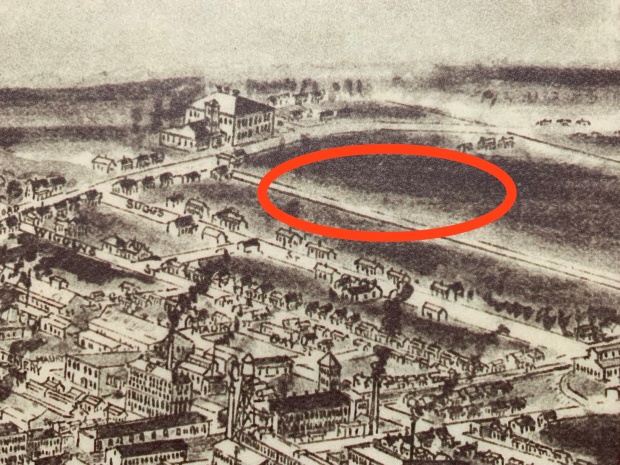 Fowler’s map depicts white Maplewood cemetery, but Oaklawn is just a blank expanse of turf. The unnamed street running through this area is Cemetery Street. The large building across the road was the Colored Graded School.