Here is the original complaint from Violet Blount to the Freedmen’s Bureau about her grandsons’ unlawful apprenticeship, chronicled here. Blount was also the maternal grandmother of Samuel H. Vick. 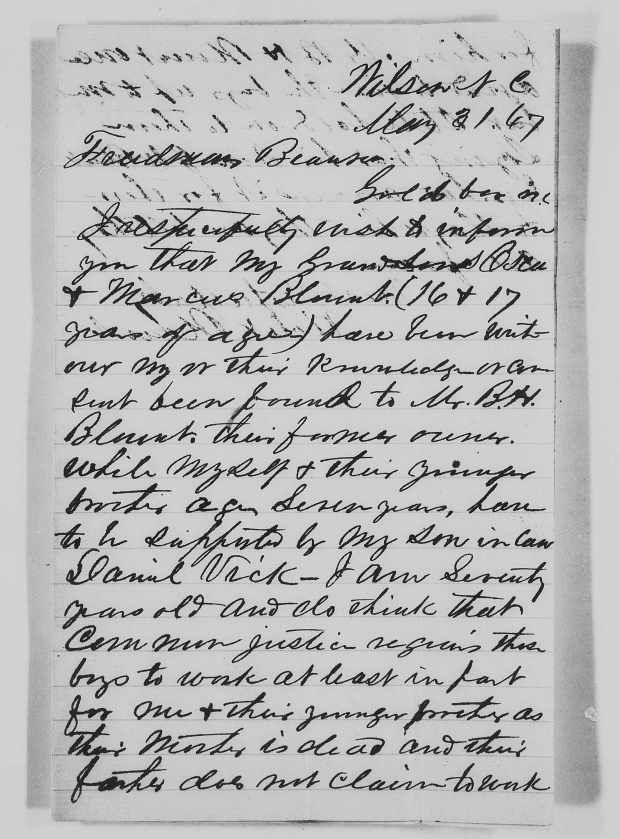 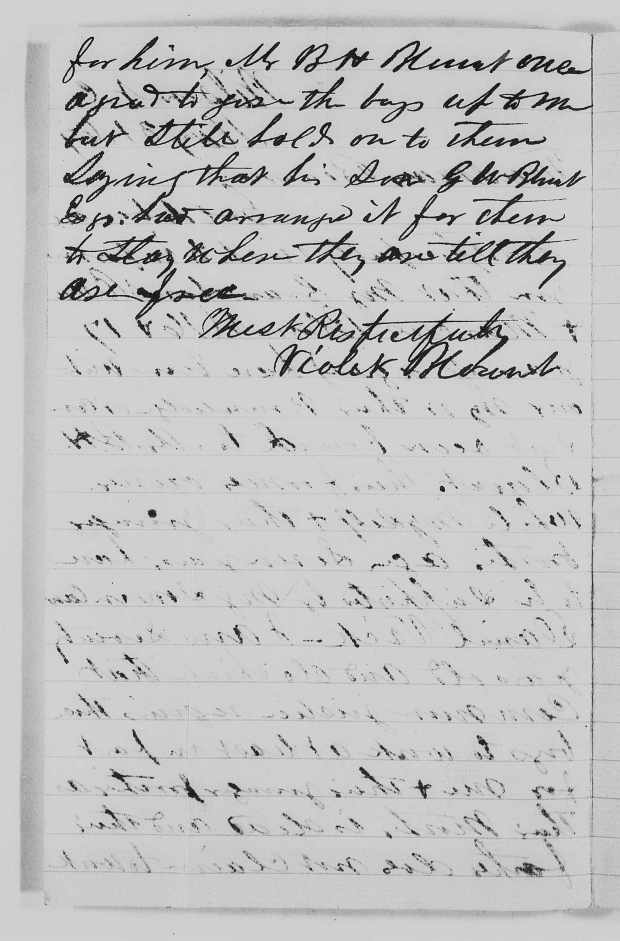 I respectfully wish to inform you that my grandsons Oscar & Marcus Blount (16 & 17 years of age) have been without my or their knowledge or consent bound to Mr. B.H. Blount, their former owner, while myself and their younger brother age seven years have to be supported by my son in law Daniel Vick. I am seventy years old and do think that common justice requires these boys to work at least in part for me & their younger brother as their mother is dead and their father does not claim to work for him. Mr. B.H. Blount once agreed to give the boys up to me but still holds on to them saying that his son G.W. Blount Esq. had arranged it for them to stay where they are till they are free.