In December 1866, Eliza Barnes was hauled before two justices of the peace to answer some sharp questions. In response, she admitted that she had delivered a baby boy in about July; that she was not married to his father, who was Calvin Barnes; and that she was poor.

The justices issued a warrant for Calvin Barnes: 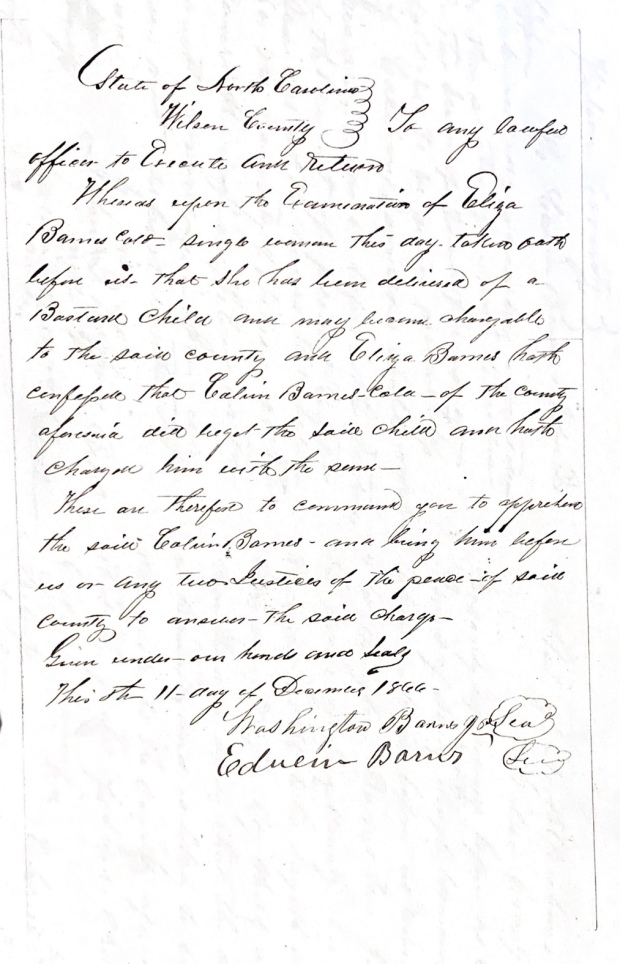