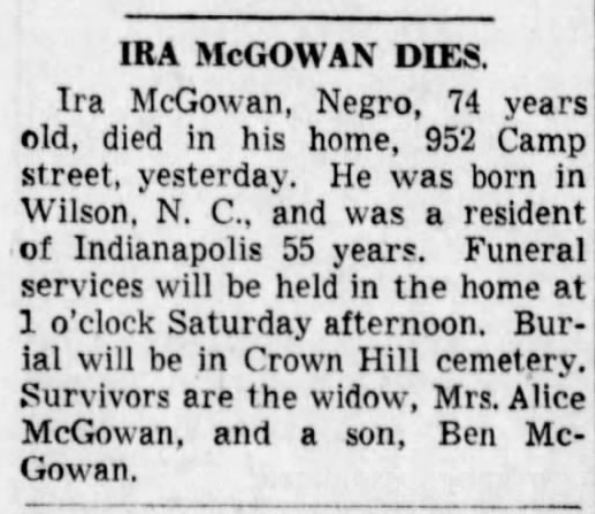 Ira McGowan died 17 May 1939 at his home at 952 Camp, Indianapolis. Per his death certificate, he was born 8 January 1865 in North Carolina to unknown parents; worked as a laborer; and was married to Alice McGowan.

Benjamin McGowan died 20 October 1945 in Indianapolis, Marion County, Indiana. Per his death certificate, he was born 17 May 1899 in Indiana to Ira McGowan of North Carolina and Alice Stout of Paris, Kentucky; worked as a custodian at the “Income Tax Division”; and was married to Ruth McGowan.