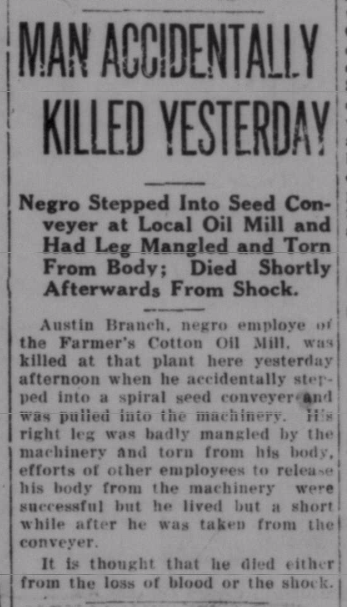 In the 1910 census of Wilson, Wilson County: on Gay Street, factory laborer Austin Branch, 45, and wife Lucinda, 33, both Virginia-born. Austin was twice-married.

Austin Branch died 17 December 1925 at the Colored Hospital in Wilson. Per his death certificate, he was about 55 years old; married to Lucinda Branch; resided at 1016 Robinson [Roberson] Street; was born in Enfield, N.C.; and worked as a day laborer at Farmers’ Oil Mill. 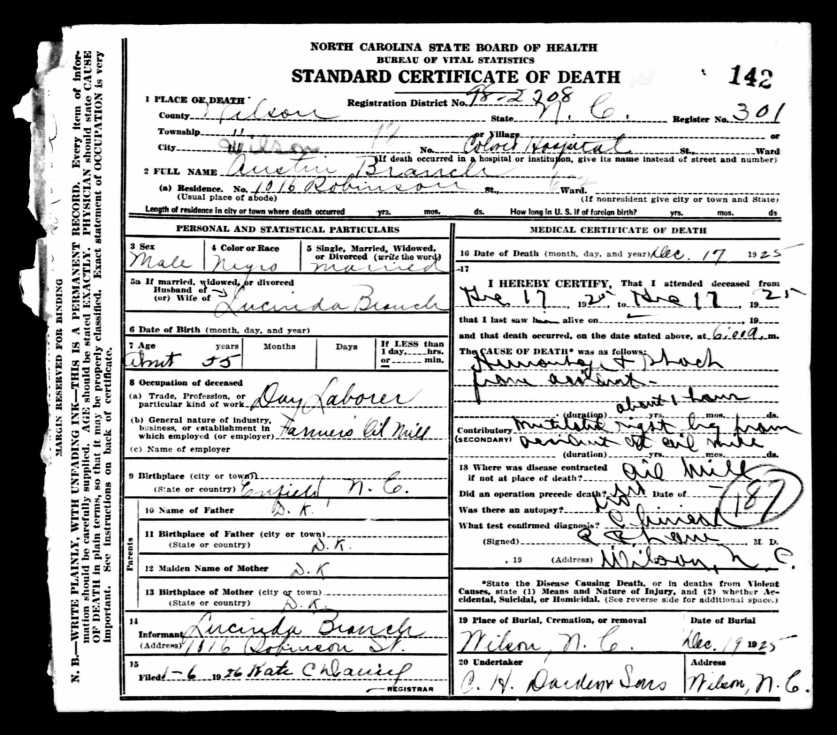 On 20 March 1926, the Wilson County Superior Court granted letters of administration for the estate of Austin Branch. Per the application, his estate was valued at about $750, and his heirs were widow Lucinda Branch, Charlie Branch, Hettie Branch and Bernice Branch.