Over their 60+-year career as Wilson’s preeminent photographers, Charles Raines and Guy Cox recorded nearly every facet of county life, including weddings, schools, street scenes and the tobacco industry. In 1993, a Wilson Daily Times article reported that Raines & Cox had shot more than 39,000 studio portraits.

From 1947 until the early 2000s, Raines & Cox’ studio occupied the upper floor of 315-317 East Nash Street, the Carroll building. The image above, which likely depicts the building’s elevator operator, was probably shot shortly after the studio opened.

[UPDATE, 3 July 2018: Per Guy Cox Jr., Doll Speight was the long-time elevator operator and de facto building superintendent at the Carroll Building. However, this is not Speight and does not appear to be the Carroll Building elevator. Was it at Cherry Hotel? The First Union National Bank Building?]

If you can identify this gentleman by name, please let me know. 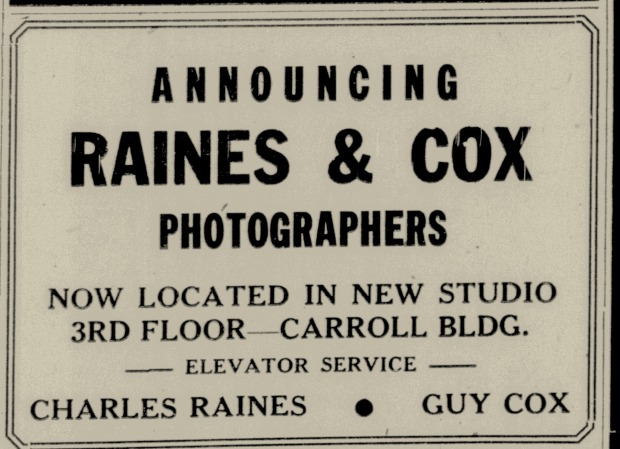 Many thanks to John Teel for sharing this image from the Raines & Cox collection of photographs at the North Carolina State Archives. Though it was not taken there, this photograph is found among those shot at the Zam-Zam Club, a night club just north of Wilson city limits. The Zam-Zam, named for an Egyptian ship torpedoed by the Nazis in 1941, opened just after World War II to entertain eastern North Carolina’s “movers and shakers.” The photo is catalogued as PhC_196_ZZ_187_Elevator_Operator.