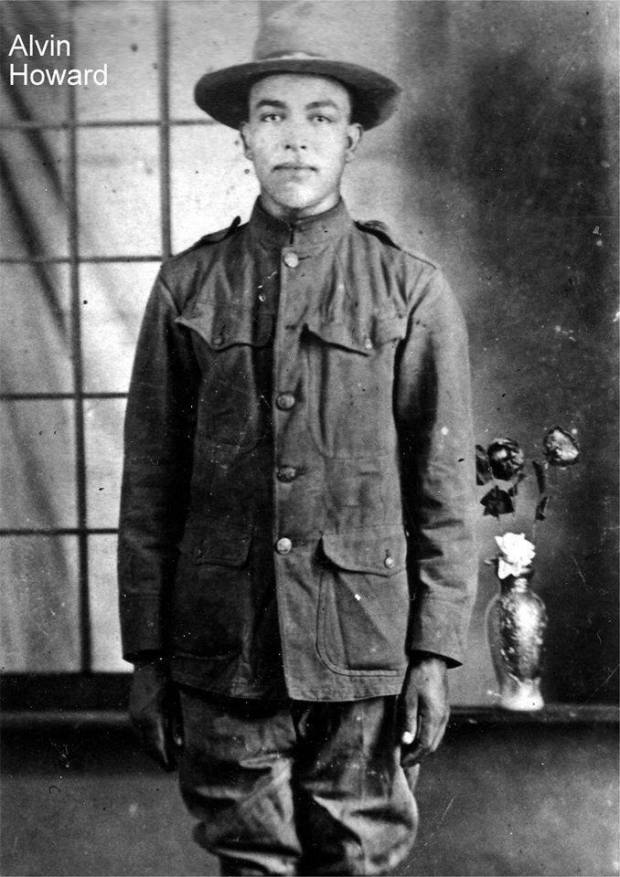 Alvin Howard registered for the World War I draft in 1917. Per his registration card, he was born 15 November 1896 in Wilson County; worked as a farmer for John Ba[illegible]; and was single.

Alvin Howard died 15 August 1974 near Sims, Wilson County. Per his death certificate, he was born 15 March 1903 to Deil Howard and Nancy Blackwell; was a retired laborer; never married; and was buried in Howard cemetery. Mary Eatman was informant.

Photograph courtesy of Europe A. Farmer.