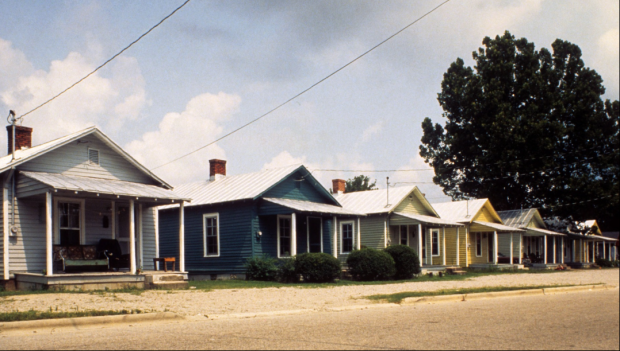 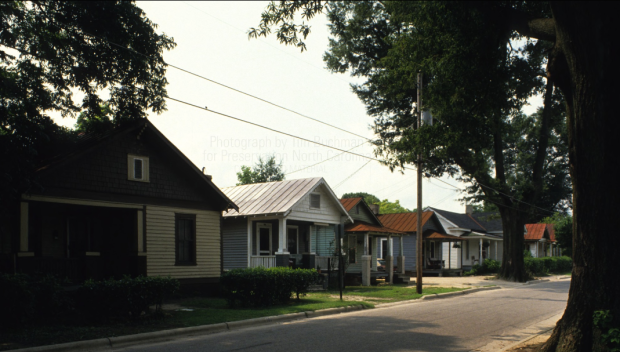 The top photo appears to depict the 300 block of South Vick Street and the bottom is probably the 200 block on South Reid Street, which runs parallel to Vick to the immediate east.

The Reid Street were demolished in the mid-1990s as part of the redevelopment project that created a new working-class neighborhood of affordable homes called Freeman Place. As shown on the Bing.com map below, almost all of the housing stock in the wedge between Nash and Hines Street was razed. The houses standing now were built in Phases I, II and III of the project. The 200 block of South Reid, however, remains empty. 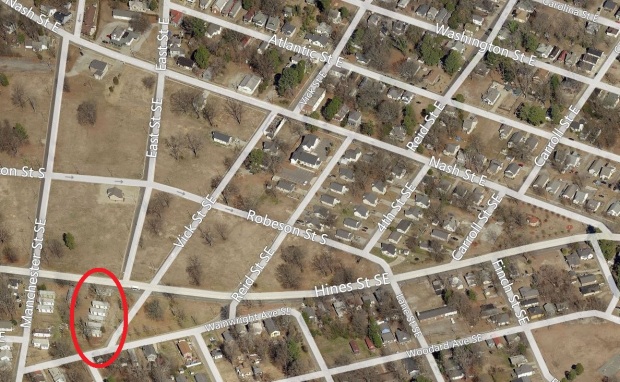 The 300 block of South Vick, just across Hines Street from Freeman Place, is largely intact, and the shotgun houses circled above are those in the 1988 photograph. After several years of virtual abandonment, they have recently undergone extensive renovation.