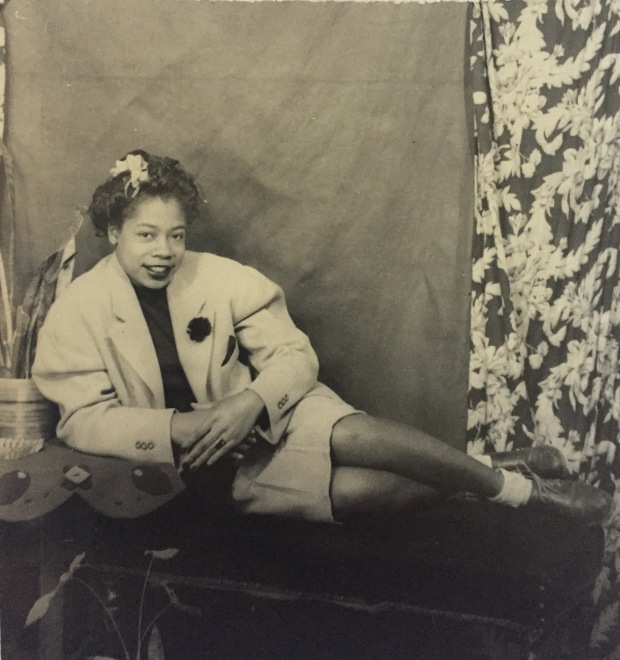 Written across the back of this photo: “Mildred Obery, 1114 Queen Street, Wilson.”

This studio photograph depicting Mildred Louise Obery likely dates from the early 1940s. Her father and stepmother, Alex and Annie Obery are listed at 1111 Queen Street in the 1940 census of Wilson, Wilson County, but their children are not listed in the household.

By 1945, Mildred Obery was living in Newport News, Virginia, where she married her neighbor Clarence Smith on or about 30 March. [Mildred’s parents are listed as Marion and Sallie Hueller Obery. However, her delayed birth certificate, filed in Wilson, lists them as Alex Obery and Maggie Evans. The 1925 Wilson city directory shows Alex and Maggie Obey (an alternate spelling of the name that reflects its pronunciation) living at 110 North East Street. He worked as a painter and she as a laundress.] 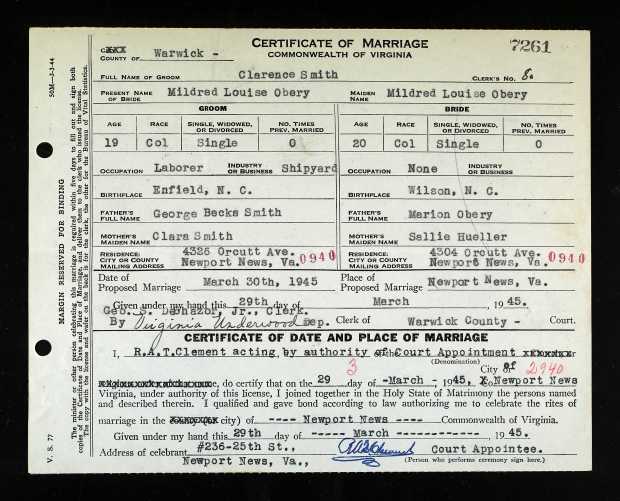