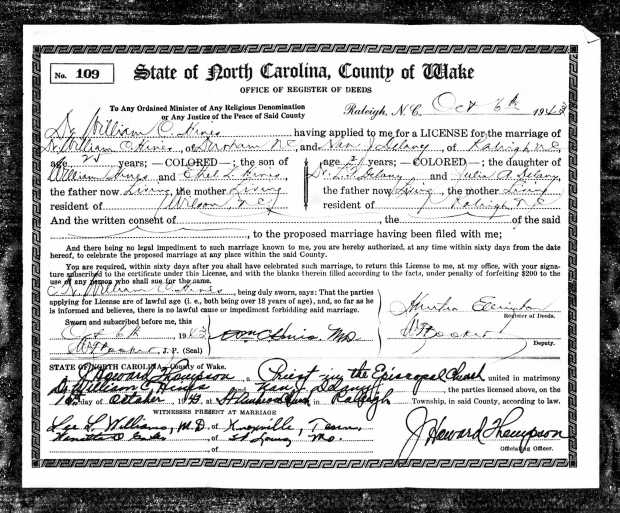 Dr. William Cornwell Hines received his first name from his father, but he was not a Junior, as the article implies. His middle name was his mother’s maiden name.

Nan Jeanette Delany was the daughter of Lemuel Thackara Delany, who was the son of Rev. Henry Beard Delany and Nannie Logan Delany and the brother of Sadie and Bessie Delany, the authors of Having Our Say: The Delaney Sisters’ First 100 Years.