Elder Jonah Williams (1841-1915) was involved in the establishment of nearly every church in the Turner Swamp Primitive Baptist Association, including Turner Swamp (1897), Barnes (1898), Little Union (1899), and Rocky Mount (1908). Turner Swamp still meets at or near its original location just north of Eureka in Wayne County. Barnes Chapel was close to Stantonsburg, in southwest Wilson County. Little Union Primitive Baptist Church, which is under reconstruction, was in the Town Creek area east of Elm City. I have not been able to find current references to Rocky Mount Primitive Baptist Church. London’s Church, now inside city limits, was then just north of the town of Wilson. The church is closely associated with London Woodard, an enslaved man who was purchased by his free-born wife, Penny Lassiter. Just after the Civil War, London, who had been a staunch member of Toisnot Primitive Baptist Church, founded an African-American congregation, which reorganized as an independent Primitive Baptist congregation in 1897. 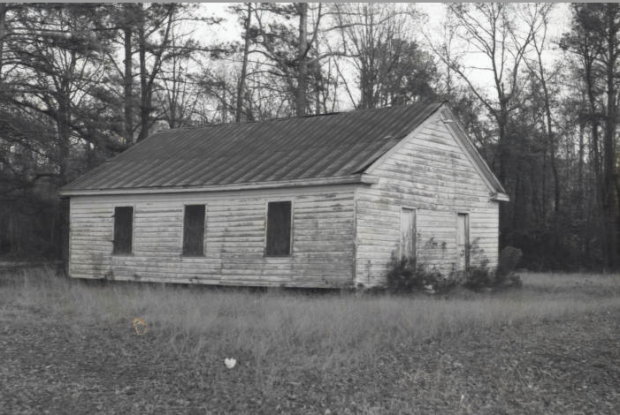 Elder Williams participated in five Association annual sessions before his death, and the minutes of two survive, including the 1914 session excerpted below. 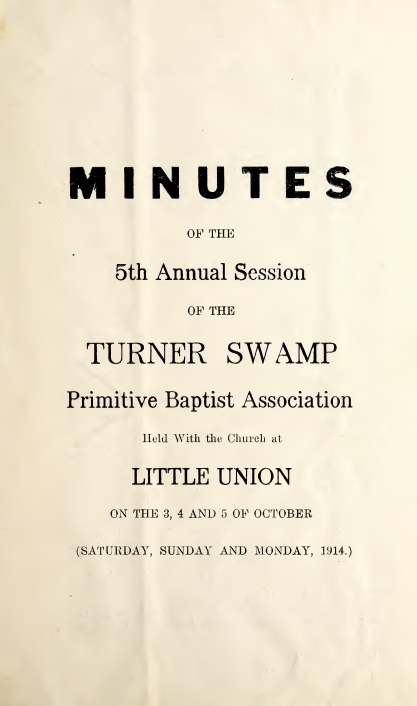 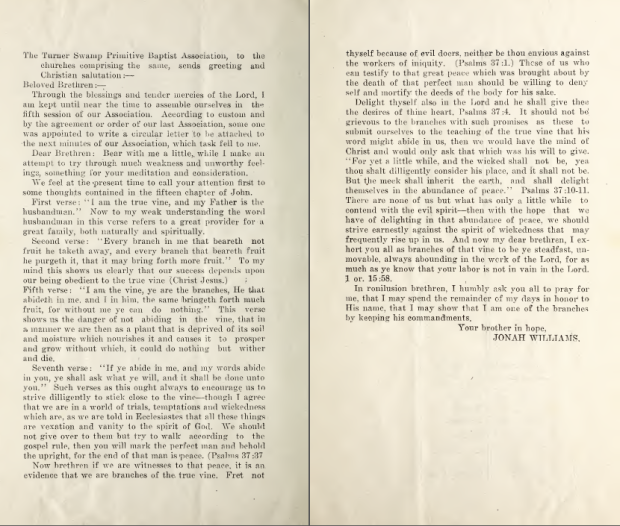