Joseph John Pender House is a historic plantation home located near Wilson, Wilson County. The house consists of an original, two-story, three-bay, Federal frame section, built about 1840, and a one-story frame kitchen/dining room ell. It was listed on the National Register of Historic Places in 1986.

Though the Nomination Form describes Pender as a “large landowner and successful planter,” it makes no mention of his status as a slaveowner. Census records, however, tell the story. The 1850 slave schedule of Edgecombe County lists J.J. Pender with 15 slaves (12 male and 3 female), ranging in age from one month to 60 years. By time the Wilson County enumerator arrived in 1860, he had increased his holdings by two-thirds to 25 — 15 men and ten women ranging in age from six months to 75 years and sheltered in four cabins.

Slave schedules do not list the names of enslaved people, but one of the 25 may have been Carolina Pender, born circa 1853. She appears as a widow in the 1900 census of Black Creek township, Wilson County, with several children, including Thad (1884) and Cadmus Pender (1885). These children were apparently named for Thaddeus W. Pender (1838-1892) and Cadmus C. Pender (1841-1862), Joseph J. Pender’s oldest children. 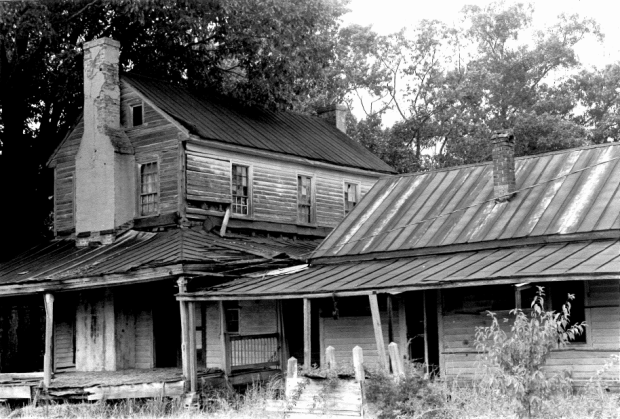