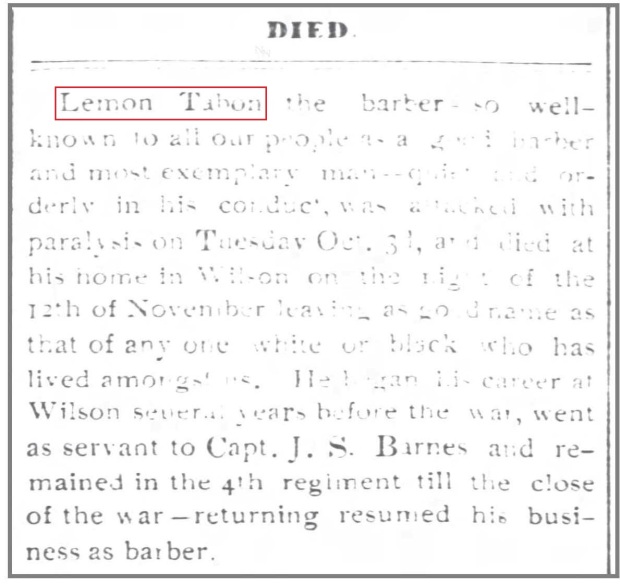 Lemon Tabon, the barber so well known to all our people as a good barber and most exemplary man — quiet and orderly in his conduct, was attacked with paralysis on Tuesday Oct. 31, and died at his home in Wilson on the night of the 12th of November leaving as good name as that of any one white or black who has lived amongst us. He began his career at Wilson several years before the war, went as servant to Capt. J[acob] S. Barnes and remained in the 4th regiment till the close of the war — returning resumed his business as barber.

Lemon Taborn (later spelled Tabron) was born free about 1834 in Nash County, North Carolina, to Celia Taborn. He moved to the town of Wilson before 1860.