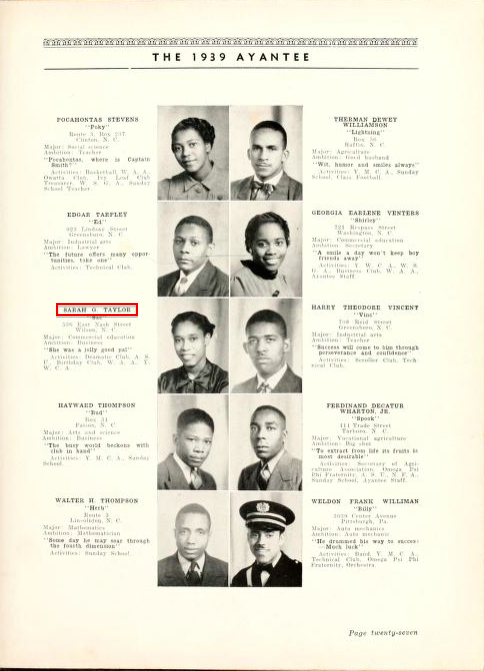 Sarah Gaither Taylor was born in 1918 in Charlotte, North Carolina, to Wilson County natives, Rev. Russell Buxton Taylor and Viola Gaither Taylor. The family resettled in Wilson by 1920. After graduating from A&T, Sarah returned to Wilson. In the 1940 census, she is living in her father’s household on East Nash Street. The census lists her father as a preacher and teacher, and Sarah and her sister Loretta Taylor as teachers. (Her oldest sister, Beatrice Taylor Barnes, was also a teacher.) Sarah enlisted in the Women’s Army Corps in Richmond, Virginia, in 1943. Sarah Taylor Macmillan died in Richmond in 1978.