At April Term 1856 of Wilson County’s Court of Pleas and Quarter Sessions, a grand jury charged Martin Locust and Bede Wells, both of Wilson County, “being lewd and vicious persons not united together in the bonds of marriage” before and after 1 April 1856 “unlawfully lewdly and lasciviously associate bed and cohabit together … to the evil example of all others.”  William Wells and Josiah Boyett were subpoenaed as witnesses, and jury foreman Jacob Taylor returned a true bill to the clerk of court. 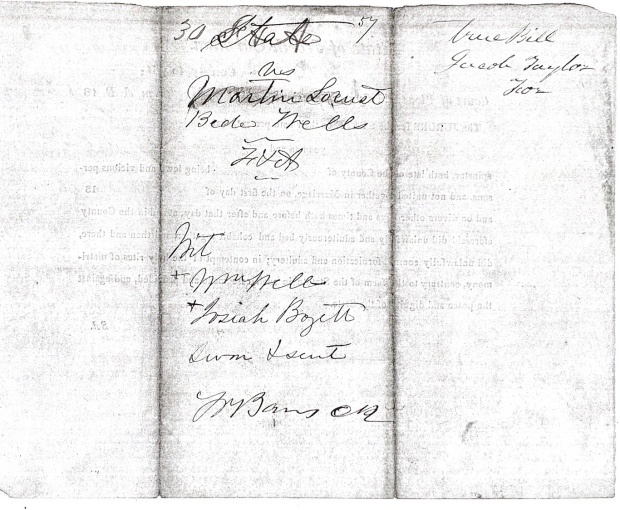 This is the bond Locus and Wells pledged for their appearance in court. Curiously, the names of two co-pledgers were crossed out — Kingsberry Wells and William Wells. Both were likely relatives of Bedie Wells, and William was a witness before the grand jury.

Martin Locus was of African, European and Native American descent. Obedience Wells was white. Their prosecution and, presumably, conviction did not much alter their lives, as they are found living together four years later in the 1860 census. (The third column after their names was used to indicate race or color. Wells’ was left blank; white was the default. Locus’ M stood for mulatto.)

The 1850 census of Nash County shows the household of Kingsberry Wells and his next-door neighbors, Beedy and Martin Wells, who was actually Martin Locus. (The age disparity is likely a recording error. In fact, Martin Locus and Obedience Wells, listed as “Pheby Wells,” were married in Nash County on 22 November 1822, during a period in which laws forbidding interracial marriage were only loosely enforced. Per descendant and family historian Europe Ahmad Farmer, after about 1830, when North Carolina began to strip away rights from free people of color, the couple made an effort to appear to live separately.) 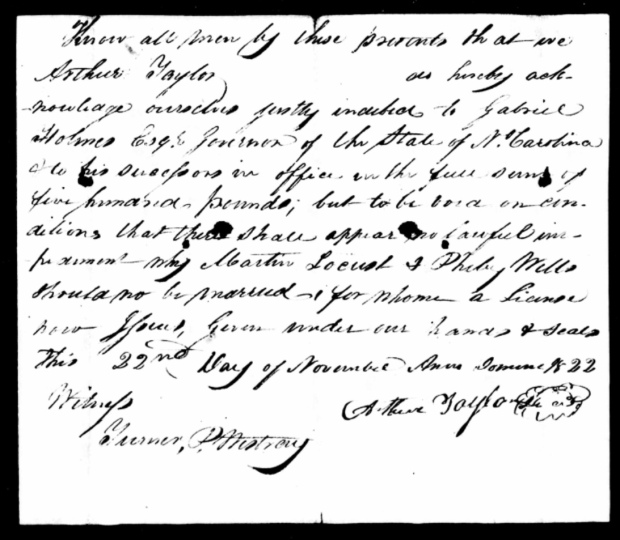