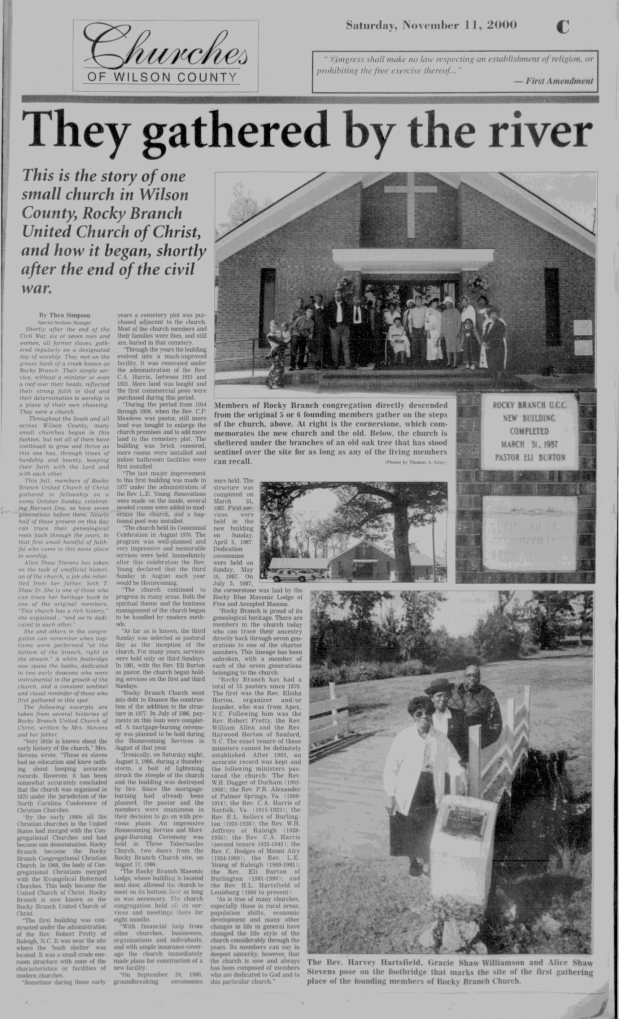 Highlights of this history of Rocky Branch United Church of Christ: