After the car she was in collided with a train in Dunn, North Carolina, Bessie Manning of Wilson was rushed to the Atlantic Coast Line hospital in Rocky Mount, but died of her injuries. Tom Mingo died at the scene, and Viola Bullock at the A.C.L. hospital. Both were also Wilson residents. 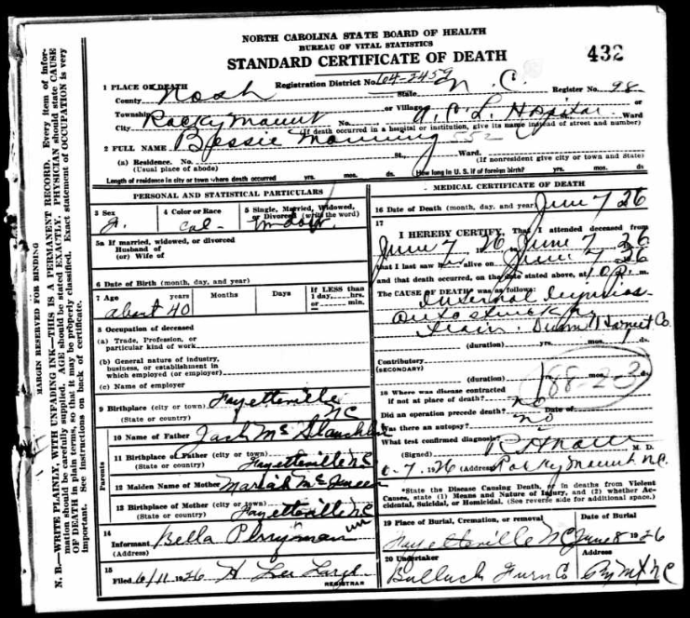 Manning’s death certificate, filed in Nash County, does not reflect her residency in Wilson. However, her son Paul Kirk filed for letters of administration for her estate in Wilson County, estimating its value at $2500.