We have met Rev. Franklin Brown Woodard, a native of Wilson County. Who was “his brother of Omaha”? Romulus L. Woodard, who migrated first to Omaha, Nebraska, and then to Saint Louis, Missouri.

Per city directories, Romulus Woodard was in Omaha as early as 1904.

In the 1920 census of Omaha, Douglas County, Nebraska: barber in own shop Romulus Woodard, 48, and roomers Milage Lambert, 50, and Fred Ilworth, 35, both packhouse laborers. 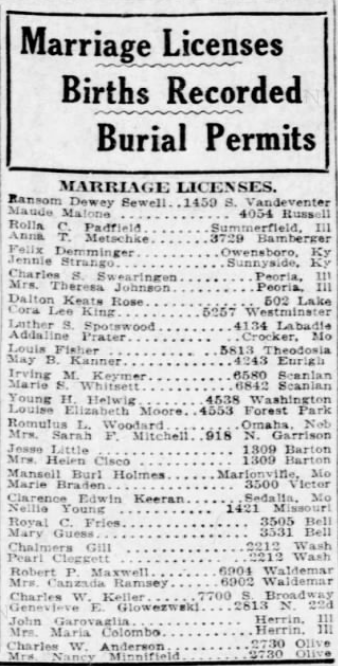 Per Findagrave.com, Romulus Woodard died 2 April 1938. He was buried in Washington Park Cemetery, Berkeley, Missouri, and his headstone noted his birthdate as 21 March 1887. [In fact, he was born about 1870.]