The thirty-ninth in a series of posts highlighting buildings in East Wilson Historic District, a national historic district located in Wilson, North Carolina. As originally approved, the district encompasses 858 contributing buildings and two contributing structures in a historically African-American section of Wilson. (A significant number have since been lost.) The district was developed between about 1890 to 1940 and includes notable examples of Queen Anne, Bungalow/American Craftsman, and Shotgun-style architecture. It was listed on the National Register of Historic Places in 1988.

As described in the nomination form for East Wilson Historic District: “circa 1960; 1 story; concrete block double shotgun.” This description of 807 Viola is obviously incorrect. What happened?

A current aerial view of the street shows that, nearly 30 years after the neighborhood was surveyed, 801 and 811 are vacant lots. #803 is easily recognized as the modern house described in the nomination form. However, there is no 805 Viola. Rather, the house next to 803 is 807 — the Queen Anne depicted above. The concrete block double shotgun is, in fact, #809. 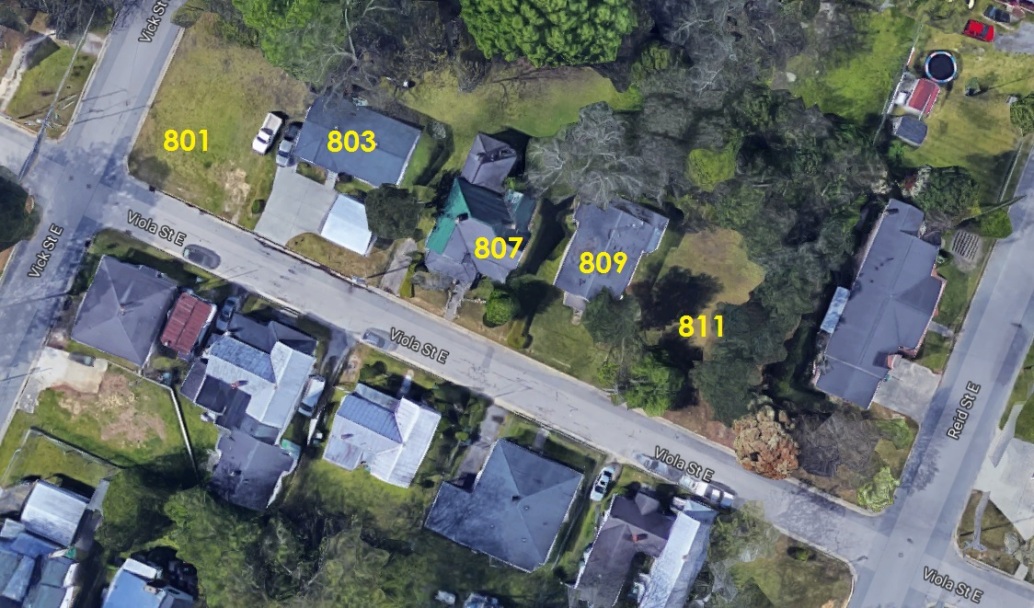 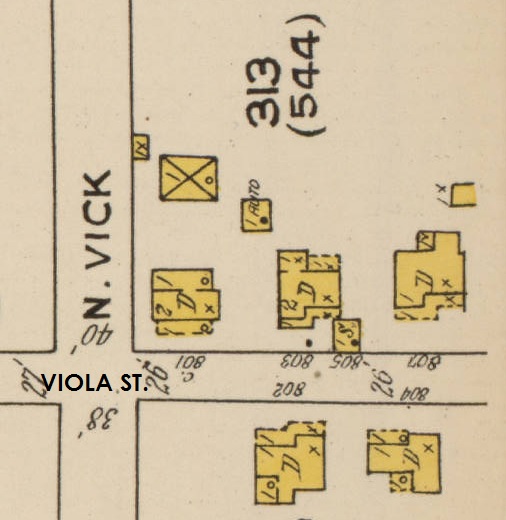 In the 1930 Wilson city directory, 807 Viola is described as vacant, and there is no listing for the house in the 1930 census of Wilson.

Blanch Farmer died 27 March 1959 at Mercy Hospital, Wilson. Per her death certificate, she was born 29 July 1889 in Wilson County to Samuel Gay and Alice Bryant; resided at 807 East Viola Street; and was a widow. Goldie Ricks was informant.