Mike Taylor was the son of Abi Taylor, above. 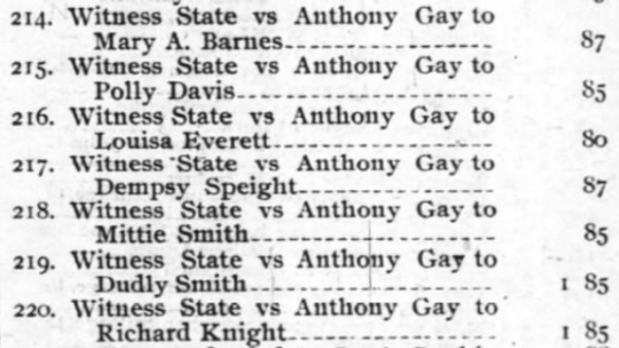 Caesar Wooten murdered Mittie Strickland during an argument on Vance Street near the railroad track, launching a four-year manhunt.

In November 1888, Charles Bynum was tried and convicted of manslaughter in the shooting death of Henry Privett, brother of his girlfriend Bettie Privett.

Mack Bynum was the father of Charles Bynum, above.