Twelve of the fifteen dressmakers listed in the 1922 Wilson city directory were African-American women. 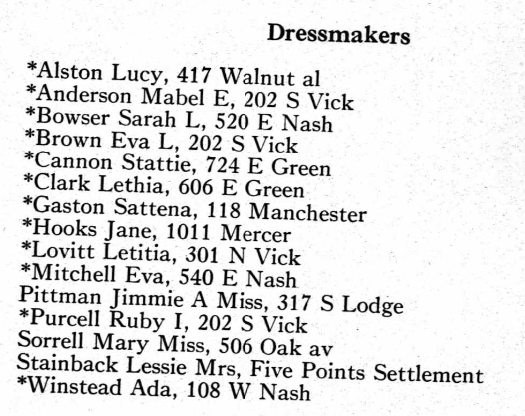