In March 1913, the Indianapolis Recorder, a nationally focused African-American newspaper, ran a front-page feature on William Hines, a “native of [Wilson] and a forceful character for the intellectual, moral, spiritual, social and economic development of young North Carolinians.”

Citing Samuel H. Vick and Biddle University as Hines’ influences, the article detailed his entry into the real estate business after establishing a successful barber shop. In just five years, Hines had accumulated 11 houses and “a number of very desirable lots.” 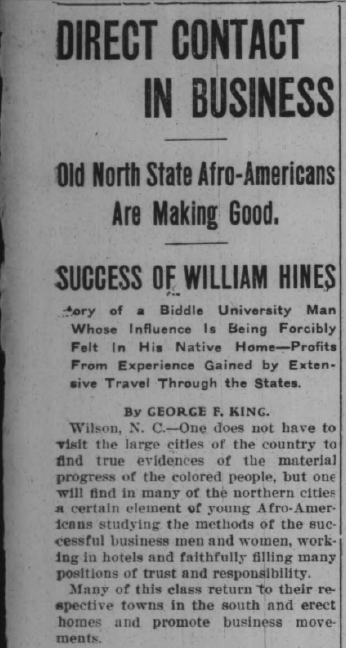 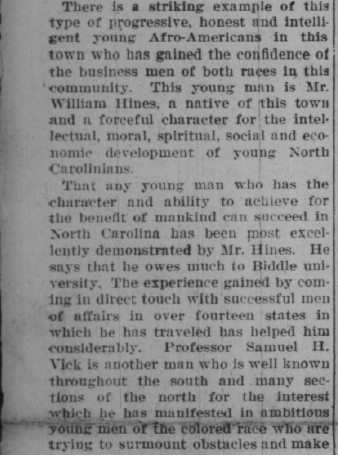 Hines’ real estate investments eventually made him one of the largest builder-owners of rental property in east Wilson. His barber shop operated for many decades, and his varied civic involvement included work as leader in the World War I Liberty Loan Campaign, charter investor in the Commercial Bank of Wilson, founding member of the Men’s Civic Club, board of trustees of the Negro Library, board of directors of the Reid Street Community Center, and administrator of Mercy Hospital.

William Hines was born 29 October 1883 in Edgecombe County and died 17 October 1981 in Wilson. He is buried in Rest Haven cemetery.