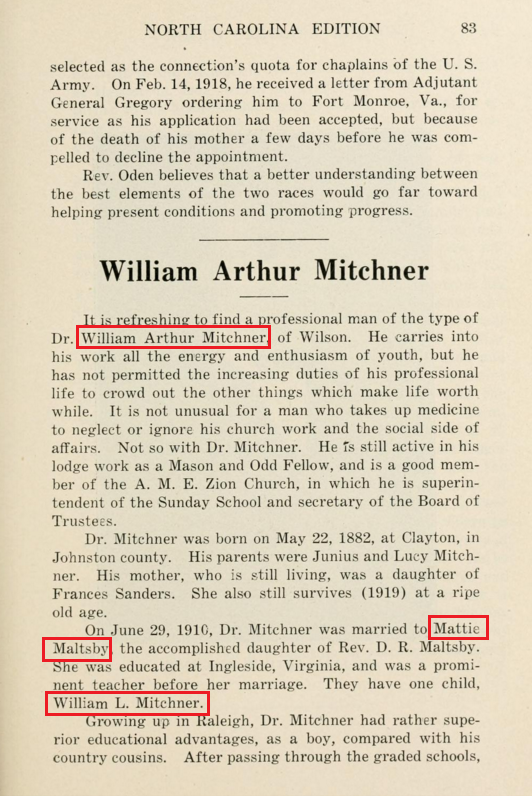 Dr. William A. Mitchner apparently moved to Wilson very shortly after graduating Leonard Medical School. In June 1910, he married Mattie Louise Maultsby, daughter of Daniel L. and Smithey C. Maultsby (who seem to have been natives of Pitt County.) Camillus L. Darden applied for the license on their behalf, and they were married at Saint John A.M.E. Zion church. 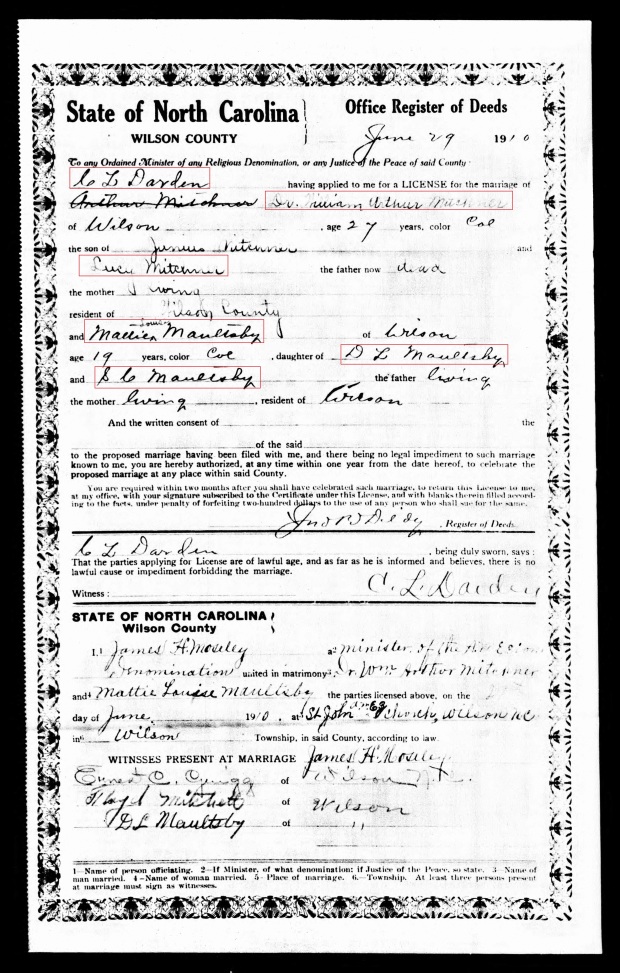 The East Wilson Historic District Nomination Report describes 604 E. Green, built circa 1913, as an “L-plan Queen Anne structure with cutaway front-facing bay.” The house has since been demolished.

Will Jenkins, in fact, survived his wounds. In 1917, he registered for the World War I draft in Wilson. He noted that he was born in 1893 in Edgecombe County, that he was married and lived at 672 Viola Street, and that he was a lumber yard laborer.